An alphabet is a writing system, a list of symbols for writing. The basic symbols in an alphabet are called letters. In an alphabet, each letter is a symbol for a sound or related sounds. To make the alphabet work better, more signs assist the reader: punctuation marks, spaces, standard reading direction, and so on.

The name alphabet comes from Aleph and Beth, the first two letters in the Phoenician alphabet.

The Roman alphabet (or Latin alphabet), was first used in Ancient Rome to write Latin. Today many languages also use the Latin alphabet: it is the most used alphabet today. 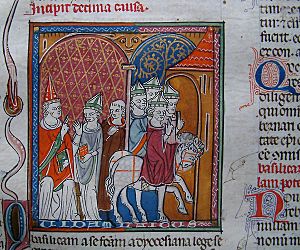 It seems that the idea of an alphabet – a script based entirely upon sound – arose only once, and has been copied and adapted to suit many different languages. Although no alphabet fits its language perfectly, it is flexible enough to fit any language approximately. It was a unique invention.

No ancient script, alphabetic or not, had pure vowels before the Greeks. The Greek alphabet even has two vowels for 'e' and two for 'o', to distinguish between the long and short sounds. It is fairly clear from this that careful thought went into both the Phoenician invention and the Greek adaptation, but no details survive of either process. 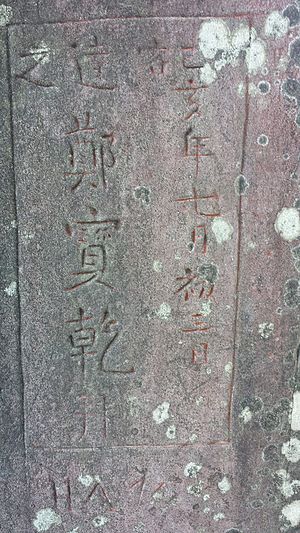 Chinese writing at the Angkor Wat

A list of alphabets and examples of the languages they are used for:

Other writing systems do not use letters, but they do (at least in part) represent sounds. For example, many systems represent syllables. In the past such writing systems were used by many cultures, but today they are almost only used by languages people speak in Asia.

All content from Kiddle encyclopedia articles (including the article images and facts) can be freely used under Attribution-ShareAlike license, unless stated otherwise. Cite this article:
Alphabet Facts for Kids. Kiddle Encyclopedia.