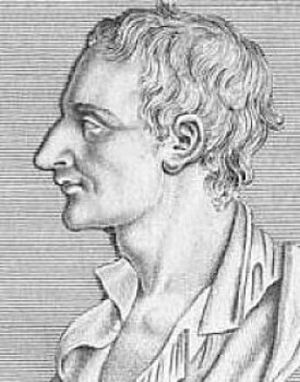 Sylvain Maréchal, 18th-century atheist philosopher and whose beliefs pre-staged the development of anarchism and utopian socialism

Anarcho-communism, also referred to as anarchist communism, communist anarchism, free communism,anarcho-marxism and libertarian communism, is a political philosophy and anarchist school of thought which supports the ending of the state, capitalism, wage labour and private property, while retaining respect for personal property, along with collectively-owned items, goods and services based on the guiding principle: "From each according to his ability, to each according to his needs".

Anarcho-communism developed out of radical socialist currents after the French Revolution, but it was first formulated as such in the Italian section of the First International. 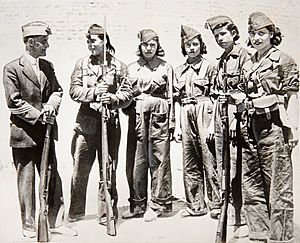 Women Soldiers of the Spanish Revolution

To date, the best-known examples of an anarcho-communist society (i.e. established around the ideas as they exist today and achieving worldwide attention and knowledge in history) are the anarchist territories during the Spanish Revolution.

The Free Territory during the Russian Revolution was another, where anarchists such as Nestor Makhno worked to create and defend anarcho-communism through the Revolutionary Insurrectionary Army of Ukraine from 1919 before being conquered by the Bolsheviks in 1921. 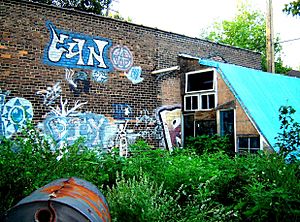 Modern day examples are Urban communities such as Trumbullplex which operates to serve the common good through sheltering residents within a neighborhood of Detroit, Michigan. This allows individuals who have previously gone into debt by means of rent to escape their economic burdens and join a democratic commune.

The commune has served as a hangout for young members of the locality, alongside a place intended for teamwork and cooperative decision making. This is often accompanied by music of the punk rock genre and frequent parties and celebrations thrown by Trumbullplex members. 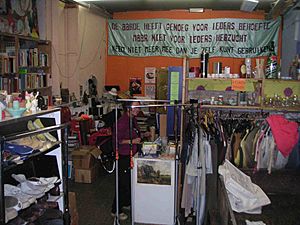 Inside Utrecht Giveaway shop where the banner reads: "The earth has enough for everyone's need, but not for everyone's greed. Take no more than you could use yourself"

The commune has existed since 1993. Its current ideology, the same as its founding ideology, was to establish a settlement based on principles of mutual aid and the absence of hierarchy.

There are also Give-away shops, free shops, or free stores, are stores where all goods are free. They are similar to charity shops, with mostly second-hand items—only everything is available at no cost. Whether it is a book, a piece of furniture, a garment or a household item, it is all freely given away, although some operate as swap shops. 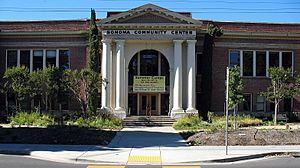 The Diggers took their name from the original English Diggers led by Gerrard Winstanley and sought to create a mini-society free of money and capitalism.

Although free stores have not been uncommon in the United States since the 1960s, the Freegan movement has inspired the establishment of more free stores. Today the idea is kept alive by the new generations of social centers, anarchists and environmentalists who view the idea as a way to raise awareness about consumer culture and to promote the reuse of products.

All content from Kiddle encyclopedia articles (including the article images and facts) can be freely used under Attribution-ShareAlike license, unless stated otherwise. Cite this article:
Anarchist communism Facts for Kids. Kiddle Encyclopedia.