Austin Zoo is a non-profit rescue zoo and located in southwestern unincorporated Travis County, Texas, United States, west of Austin. The zoo is accreddited by the Zoological Association of America.

The mission of Austin Zoo is to assist animals in need through rescue, rehabilitation, and education. Austin Zoo currently has over 300 animals from over 100 different species, including African Lions, Bengal tigers, cougars, three species of monkeys, black bears, ring-tailed lemurs, and porcupines.

Austin Zoo started out as a goat ranch. In 1990, it became the Good Day Ranch, housing animals in need. At that time, the animals were mostly domesticated and local animals including goats, pigs, fallow deer, donkeys, and ponies, with just a few exotic animals. Gradually, the number of exotic animals increased, and in 1994, the name was changed to Austin Zoo. In 2000, the zoo became a 501(c)3 nonprofit organization. Today, the rescue zoo is a permanent home to mostly exotic animals that were rescued from or unwanted by their owners, animals from other zoos and sanctuaries, and animals who were awarded protection through the judicial system.

In 2009, the zoo became home to four wolf hybrids which had been abandoned during Hurricane Ike in 2008. 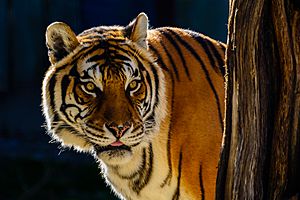 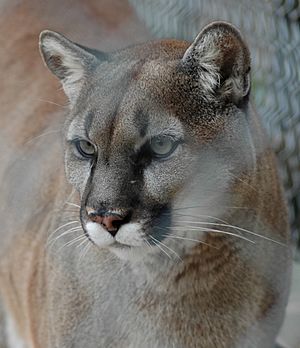 The Austin Zoo has a circular layout featuring exotic and native species. Some notable exhibits are:

Austin Zoo owns 45 acres of land. Currently, 16 acres have been developed and house the Zoo's animal collection. The additional 29 acres will be used to allow expansion of the zoo as needs change.

All content from Kiddle encyclopedia articles (including the article images and facts) can be freely used under Attribution-ShareAlike license, unless stated otherwise. Cite this article:
Austin Zoo Facts for Kids. Kiddle Encyclopedia.