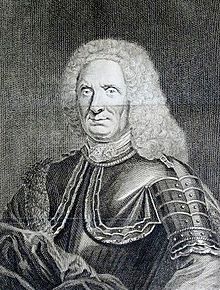 He was French consul general at Cairo, and overseer in the Levant. He formulated an evolutionary hypothesis to explain the Earth and its contents.

Maillet's geological observations convinced him that the Earth could not have been created in an instant because the features of the crust indicate a slow development by natural processes. He also believed that creatures on the land were ultimately derived from creatures living in the seas. He believed in the natural origin of man.

Age of the Earth

Maillet made the first reasonable estimate of the Earth's age based on evidence. He thought the Earth must have developed by slow, natural forces. He studied geology in the field. He could see signs of erosion on land and sedimentation in the sea.

He hid his ideas under the guise of a talk with an Indian philosopher, to avoid conflict with the Catholic Church. His work stayed in manuscript until after his death, when it was published after its editor had made changes which damaged it. Now there is a better modern edition based on the manuscripts.

Maillet estimated that the Earth was older than two billion years. He also recognized the true nature of fossils, and had early ideas about evolution.

All content from Kiddle encyclopedia articles (including the article images and facts) can be freely used under Attribution-ShareAlike license, unless stated otherwise. Cite this article:
Benoît de Maillet Facts for Kids. Kiddle Encyclopedia.