Boron (formerly Amargo, Baker, Borate, and Kern) is a census-designated place (CDP) in Kern County, California, United States. Boron is 15 miles (24 km) southwest of Red Rock Mountain at an elevation of 2,467 feet (752 m). The population was 2,086 at the 2020 census, up from 2,025 at the 2000 census. Boron is named after the element boron and is the site of the world's largest source of the boron compound boric acid.

Boron is a hinterland community on the western edge of the Mojave Desert. Within a half day's drive one can view the highest and lowest points in the contiguous 48 states of the United States (Mount Whitney and Death Valley), the world's oldest tree, the bristlecone pine, and the cities of Los Angeles and Las Vegas. 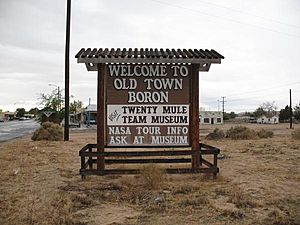 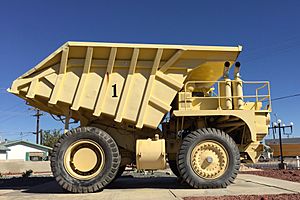 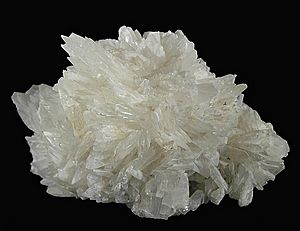 "Dr. J. K. Suckow was drilling a well for water 4½ miles northwest of Boron when he discovered colemanite, a borax ore, in October 1913. After his discovery, mining claims, mostly placer, were staked in the area. The Pacific Coast Borax Company, upon recommendation of its field engineer, Clarence Rasor, acquired many of these claims, including the discovery well. The company then started explorations to determine the extent of the ore body. Suckow continued to have an interest in the area, working prospects east of his discovery well.

"In 1924, anxious to repeat his good fortune, Suckow sank a shaft one-half mile away from his first, and he struck basalt at 180 feet (55 m). The Pacific Coast Borax Company prospected in the same area, with almost the same results: basalt at 190 feet (58 m). However, persistence paid off. That same year Suckow sank another shaft just a little south of his last one and found a 70-foot (21 m) thick bed of colemanite at 210 feet (64 m). In 1925 the Suckow Chemical Company produced a few hundred tons of colemanite from this shaft.

"In the Spring of 1925, William M. Dowsing and J. L. Hannan discovered a huge deposit 120 feet (37 m) thick just 1½ miles west of Suckow's shaft, which they kept a secret until its extent was proven. Sold to the Pacific Coast Borax Company in early 1926, it became known as the Baker Mine. Beginning production in 1927, it yielded a substantial percentage of the borates produced in the Kramer District until 1935. 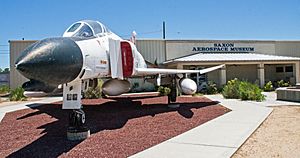 All content from Kiddle encyclopedia articles (including the article images and facts) can be freely used under Attribution-ShareAlike license, unless stated otherwise. Cite this article:
Boron, California Facts for Kids. Kiddle Encyclopedia.