The Boston Massacre happened when five civilians (people who were not in the military) were shot and killed by British troops on March 5, 1770. It was in Boston, Massachusetts, which was a British colony at the time. The event happened at night when a large mob got together outside of the Custom House. One British soldier named Hugh White had hit a boy with his rife because the boy had insulted his commanding officer. A crowd began to gather and soon turned into a mob of angry people. More British soldiers came to help protect Hugh White from the people. The mob threw snowballs with clams inside them. As the mob got larger and larger the scene became more and more chaotic. Someone in the crowd yelled "fire." In the confusion, some of the soldiers fired into the crowd. Crispus Attucks, an African-American man, was one of the first people killed. 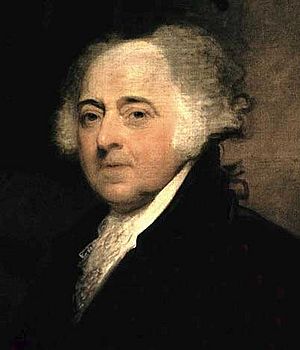 John Adams defended the accused British soldiers. Six of them were acquitted.

Eight British soldiers went to court after the Boston Massacre. Only two of them, Hugh Montgomery and Matthew Killroy, were found guilty of manslaughter. Their punishment was to have their thumbs branded (have their thumbs marked with a burn). John Adams was the lawyer who defended the British soldiers. He knew that many people would be upset with him for defending the soldiers, but he believed that everybody deserved a fair trial. (Adams would later become the President of the United States.)

After the Boston Massacre

Paul Revere, a man who worked with metals in Boston, made an engraving of the British soldiers shooting into the crowd. Many people saw the engraving and became angry.

Legacy and Contribution to American Revolution

The Boston Massacre is considered one of the most significant events that united the colonies against Great Britain.

John Adams wrote that the "foundation of American independence was laid" on March 5, 1770, and Samuel Adams and other [[Patriot (American Revolution)|Patriots used began remembering (Massacre Day) every year to encourage the people to want independence. Christopher Monk was the boy who was wounded in the attack and died in 1780, and his memory was honored as a reminder of British control.

Other events such as the Gaspee Affair and the Boston Tea Party further showed the difficult relationship between Britain and its colonies.

The colonies would later become an independent country, the United States of America.

Interesting Facts about the Boston Massacre

All content from Kiddle encyclopedia articles (including the article images and facts) can be freely used under Attribution-ShareAlike license, unless stated otherwise. Cite this article:
Boston Massacre Facts for Kids. Kiddle Encyclopedia.