Cheatham County is a county located in the U.S. state of Tennessee. As of the 2010 census, the population was 39,105. Its county seat is Ashland City.

Cheatham County was created by an Act of the Tennessee General Assembly in 1856, from lands formerly of Davidson, Dickson, Montgomery, and Robertson counties. Cheatham County was named for Edward Saunders Cheatham, a state legislator.

The county is bisected from northwest to southeast by the Cumberland River, with Ashland City located on its northern bank. The southern portion of the county is bisected from southeast to northwest by the Harpeth River, which meanders through generally hilly country, and along whose course are located the communities of Kingston Springs, largely to the north of Interstate 40, and Pegram, along State Highway 70. The western border of the central portion of the county is defined by the course of the Harpeth. The hills east of the Harpeth and south of the Cumberland are partly set aside by the state as the Cheatham State Wildlife Management Area. North of Ashland City the hills subside into more level highlands, where the community of Pleasant View is located just south of Interstate 24, which generally delineates the northern border of the county. 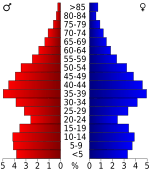 All content from Kiddle encyclopedia articles (including the article images and facts) can be freely used under Attribution-ShareAlike license, unless stated otherwise. Cite this article:
Cheatham County, Tennessee Facts for Kids. Kiddle Encyclopedia.