The Sterling and Francine Clark Art Institute, commonly referred to as the Clark, is an art museum and research institution located in Williamstown, Massachusetts, United States. Its collection consists of European and American paintings, sculpture, prints, drawings, photographs, and decorative arts from the fourteenth to the early twentieth century. The Clark, along with the Massachusetts Museum of Contemporary Art (MassMoCA) and the Williams College Museum of Art (WCMA), forms a trio of art museums in the Berkshires. The institute also serves as a center for research and higher learning. It is home to various research and academic programs, which include the Fellowship Program and the Williams College Graduate Program in the History of Art. It is visited by 200,000 people a year.

"The Clark" was created by entrepreneur, soldier, explorer, and prominent art collector Robert Sterling Clark, and his wife, Francine. After numerous adventures in the Far East, Sterling settled in Paris in 1911 and used a considerable fortune inherited from his grandfather (a principal in the Singer Sewing Machine Company) to begin amassing a private art collection. Francine joined him in collecting works of art after their marriage in 1919.

The Clarks kept their collection largely private, rarely lending out any works. With the onset of the Cold War and rapid nuclear armament, they became increasingly worried about the safety of their artworks. They wanted to protect their collection from a possible attack on New York City, where they lived and where the expected heir of their collection, the Metropolitan Museum of Art, was located. As such, the Clarks began looking at sites in rural New York and Massachusetts with the intention of founding a museum for their art.

They visited Williamstown, Massachusetts in 1949 and began having conversations with town leaders and the administrators of Williams College and the Williams College Museum of Art. Sterling had ties to the college through his grandfather and father, both of whom had been trustees. A charter for the Clark was signed on March 14, 1950 and the Institute opened to the public on May 17, 1955 under its first director, former silver dealer Peter Guille. The Clark has since become a destination for tourists, art lovers, and scholars, helping to establish the cultural reputation of the Berkshires. 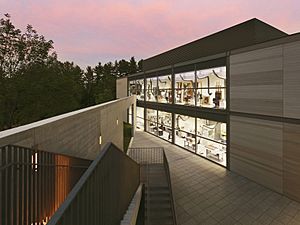 The original marble gallery building, designed by Daniel Deverell Perry, opened in 1955. The Pietro Belluschi-designed Manton Research Center, housing the library and research programs, was completed in 1973. The Clark embarked on a long-term project in 2001 to improve its campus, enlisting the help of landscape firm Reed Hildebrand and architects Tadao Ando and Annabelle Selldorf.

Tadao Ando designed two additions: the Lunder Center at Stone Hill and the 42,600-square-foot Clark Center, which opened in 2008 and 2014, respectively. Envisioned as a sanctuary in the woods waiting to be discovered, the Lunder Center features two galleries and a seasonal terrace café. It is also home to the Williamstown Art Conservation Center, the largest regional conservation center in the country.

The Clark Center includes more than 11,000 square feet of gallery space for special exhibitions; new dining, retail, and family spaces; and an all-glass Museum Pavilion that creates a new entrance to the original Museum Building. Situated northwest of the Museum Building, the stone, concrete, and glass Clark Center is the centerpiece of the Clark's campus and serves as its primary visitor entrance.

Annabelle Selldorf was commissioned to renovate the campus’ existing structures. In the 1955 original marble building, galleries for American and decorative art were added and exhibition space was increased by 15%. In the Manton Research Center, which reopened in 2016, the auditorium and central courtyard were renovated and several galleries and a study center were created. Its renovation marked the completion of the Clark's all-encompassing expansion project.

The Research and Academic Program is the manifestation of the Clark's original commitment to academic research and scholarly study. The program began in the late 1990s with the establishment of the Clark Library and the Graduate Program in the History of Art. Under the direction of John Onians, Michael Ann Holly, and Darby English, the program has since widened its purview to partner with both regional and international institutions and scholars to challenge and expand the scope of the study and production of the visual arts. Caroline Fowler is the Starr Director of the Research and Academic Program at the Clark and teaches in the Graduate Program in Art History at Williams College.

The Research and Academic Program also awards between ten and sixteen Clark Fellowships a year, ranging in duration from four weeks to ten months. Clark Fellowships allow promising scholars, critics, and museum officials opportunities for research outside of their professional obligations. Fellows, along with scholars and students from all stretches of the world, are encouraged to participate in the various conferences, colloquia, workshops, curator round tables, and seminars hosted by the program.

Publications like The Clark Studies in the Visual Arts, as based on the proceedings of the annual Clark Conferences, serve as another forum for the interdisciplinary exploration of art historical issues.

Williams College Graduate Program in the History of Art

The Williams College Graduate Program in the History of Art, established in 1972 in cooperation with the Clark, is an intensive two-year program that combines academic work, curatorial internships, workshops, an international study tour, and a range of instructors to culminate in a degree of the master of arts in the history of art. Located on the Clark Campus, the program draws on and works closely with the art history resources of both institutions. Of the nearly 1,500 graduates of the program, notable alumni include Cara Starke, Director of the Pulitzer Arts Foundation, James Rondeau, Director of the Art Institute of Chicago, and Paul Provost, Deputy Chairman of Christie's.

The Clark offers extensive public educational programs that range from guided gallery talks to lectures, film series, studio art courses, and interactive activities for children to engage visitors of all ages and backgrounds with the Clark's collections and exhibitions. The interactive nature of the programs reflects the general mission of the Clark to advance the public understanding of art's transformative power.

The Clark Prize for Excellence in Arts Writing has been awarded every other year since 2006. The prize "celebrates informed, insightful, and accessible prose that advances the public understanding and appreciation of the visual arts." The award is presented for "critical or historical writing that conveys complex ideas in a manner that is grounded in scholarship yet appealing to a diverse range of audiences."

In 2006, three people were honored. Since then, one person has been selected each time it has been given.[8] Winners of the Prize are:

The museum's most recent $145 million expansion project has been funded through private donations, foundation support, the Massachusetts Cultural Facilities Fund, and bond financing organized in conjunction with the Commonwealth of Massachusetts.

Initially, the Clarks concentrated on Italian, Dutch, and Flemish Old Master paintings. Over time, their tastes shifted towards artists like John Singer Sargent, Edgar Degas, Winslow Homer, and Pierre-Auguste Renoir. After 1920, the Clarks focused mainly on the art of 19th-century France — specifically works of Impressionism and the Barbizon School. Over the next 35 years, the Clarks would add to their private collection, increasing their holdings of paintings, porcelain, silver, prints, and drawings from the early fourteenth to the early twentieth century.

Since its establishment in 1955, the Clark Art Institute has continued to grow its collection through acquisitions, gifts, and bequests, with a recent focus on expanding its photography collection. In 2007, the Manton Foundation donated the collection of its founders, Sir Edwin and Lady Manton, to the museum. The Manton Collection of British Art includes more than 200 works by British artists like J.M.W. Turner, Thomas Gainsborough, and John Constable. In 2013, Frank and Katherine Martucci gave the museum eight George Inness landscapes, supplementing his two works already in the collection.

Today, the museum is best known for its works of French Impressionism, specifically the paintings of Renoir, academic paintings by Jean-Léon Gérôme and William-Adolphe Bouguereau, and its collection of European and American silver. 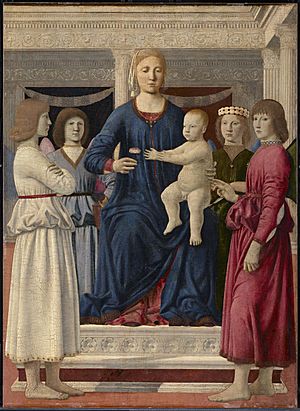 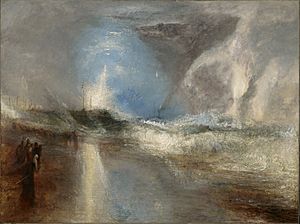 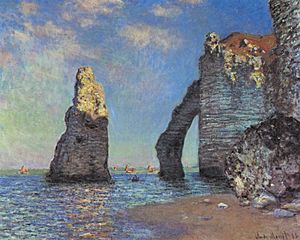 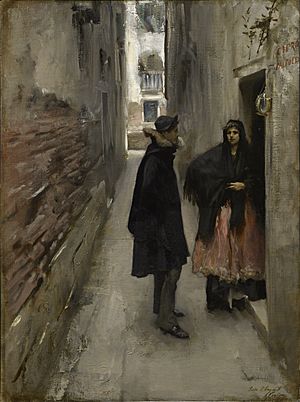 All content from Kiddle encyclopedia articles (including the article images and facts) can be freely used under Attribution-ShareAlike license, unless stated otherwise. Cite this article:
Clark Art Institute Facts for Kids. Kiddle Encyclopedia.