Clark County is a county located in the southeastern part of U.S. state of Illinois, along the Indiana state line. As of the 2010 census, the population was 16,335. Its county seat is Marshall. The county was named for George Rogers Clark, an officer who served in the American Revolution.

Clark County was named for George Rogers Clark (older brother of William Clark of the Lewis and Clark Expedition), an officer of the army of Virginia that captured the Northwest Territory from the British during the Revolutionary War.

The county seat was located in Darwin Township in 1823. A county-wide election was held In 1839 to determine whether Auburn or Marshall would be designated as the new seat. Marshall won the election and has remained the county seat since then. 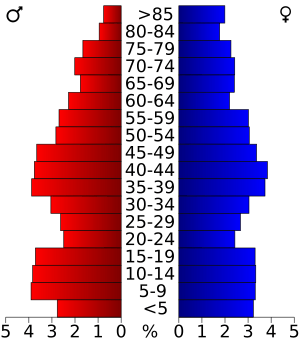 All content from Kiddle encyclopedia articles (including the article images and facts) can be freely used under Attribution-ShareAlike license, unless stated otherwise. Cite this article:
Clark County, Illinois Facts for Kids. Kiddle Encyclopedia.