Conquest of Chile facts for kids 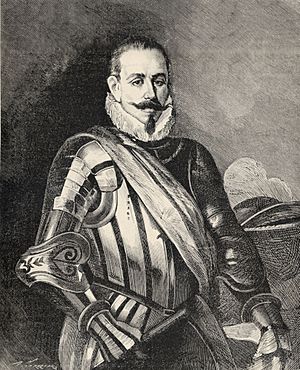 The Conquest of Chile is a period in the history of Chile that starts when Pedro de Valdivia went to Chile in 1541 and ends with the death of Martín García Óñez de Loyola, in the Battle of Curalaba in 1598 or alternatively with the Destruction of the Seven Cities. 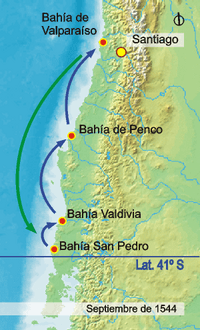 This period ended with the death of Loyola and the loss of their seven cities in Araucanía. The War of Arauco continued but the Spanish were never able to recover their control in the Araucanía, at the south of the River of Bío Bío.

All content from Kiddle encyclopedia articles (including the article images and facts) can be freely used under Attribution-ShareAlike license, unless stated otherwise. Cite this article:
Conquest of Chile Facts for Kids. Kiddle Encyclopedia.