Division of Wentworth facts for kids

Kids Encyclopedia Facts
This page is about the Australian federal electorate. For the New South Wales state electorate, see Electoral district of Wentworth. 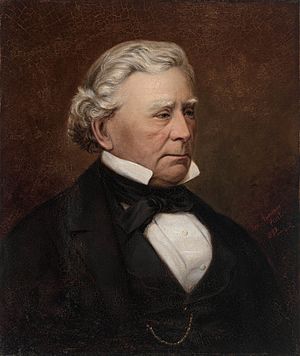 The Division of Wentworth is an Australian electoral division in the state of New South Wales. It was one of the 75 divisions set up in 1901 for the first federal election. The division is named after William Charles Wentworth (1790–1872), an Australian explorer and politician. In 1813 he crossed the Blue Mountains with Blaxland and Lawson.

Eric Harrison was a minister in the governments of Joseph Lyons and Robert Menzies. He was also deputy Leader of the Liberal Party. He resign in 1956 and became Australian High Commissioner in London. Bob Ellicott was Attorney-General from 1975-1977. He also served as Minister for Home Affairs, Minister for Capital Territory. He resigned in 1981 to become a judge on the Federal Court of Australia. John Hewson and Malcolm Turnbull both served as Leaders of the Opposition, and Turnbull became Prime Minister in 2015. Peter King lost Liberal Party support, and decided to become an independent. He was banned from the Liberal Party for 10 years.

All content from Kiddle encyclopedia articles (including the article images and facts) can be freely used under Attribution-ShareAlike license, unless stated otherwise. Cite this article:
Division of Wentworth Facts for Kids. Kiddle Encyclopedia.