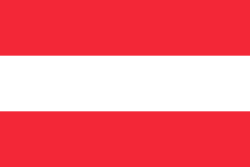 Dordrecht is a city in the Netherlands, in the province South Holland.

Dordrecht was founded in 1047 and got its City Rights in 1220. It was the first city in the west of the Netherlands to get City Rights. In 1572 the Dutch Dukes under Willem van Oranien declared their independence from Spain in Dordrecht.

Dordrecht has about 120,000 inhabitants. It has a marine harbor, metal and food industry.

All content from Kiddle encyclopedia articles (including the article images and facts) can be freely used under Attribution-ShareAlike license, unless stated otherwise. Cite this article:
Dordrecht Facts for Kids. Kiddle Encyclopedia.