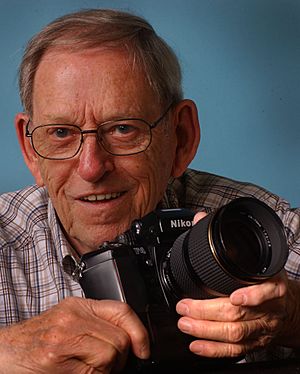 Westcott was born in Chattanooga, Tennessee. He grew up in Nashville, Tennessee. He was married to Esther Seigenthaler for 56 years until her death. The couple had five children.

All content from Kiddle encyclopedia articles (including the article images and facts) can be freely used under Attribution-ShareAlike license, unless stated otherwise. Cite this article:
Ed Westcott Facts for Kids. Kiddle Encyclopedia.