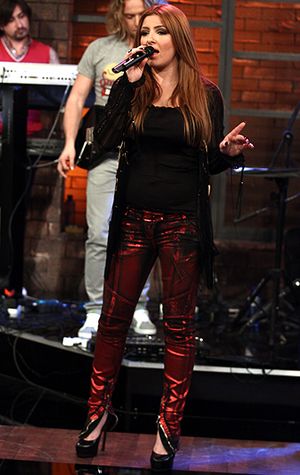 Helena Paparizou sings "Baby It's Over" at "Vrady Me Ton Petro Kostopoulo" show!

Elena Paparizou also known as Helena Paparizou (born January 31, 1982) in Borås, Sweden. She is a Swedish-Greek singer and model who won the Eurovision Song Contest in 2005 for Greece, performing the song My Number One which won the entire contest.

All content from Kiddle encyclopedia articles (including the article images and facts) can be freely used under Attribution-ShareAlike license, unless stated otherwise. Cite this article:
Elena Paparizou Facts for Kids. Kiddle Encyclopedia.