In Roman times, Ely was the site of a Roman villa, near the old racecourse. There is also thought to have been a Roman road near the site linking to Cardiff Roman Fort and eastwards to Newport. 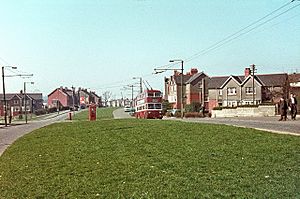 In 1855, the first horse race took place at Ely Racecourse, which took over from the Great Heath racecourse.

The Ordnance Survey map from the early 1880s shows just how isolated the ancient Ely village was from the rest of Cardiff. Reports about travelling along the main road over Ely Common to Cardiff talk of pot holes and no shelter and a terrible journey on foot. Most of Ely was still farmland feeding Cardiff's population. A railway station had only recently been constructed, and this gave the surrounding area further potential for mass housing development. 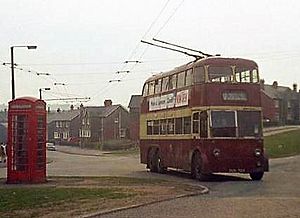 The 'Ely Industrial School' on Cowbridge Road East was home to orphaned children originally from Cardiff. It had been set up to accommodate "pauper children" from 1863. It was very much a product of the Victorian age, and workhouse mentality, increased social awareness and responsibility saw it closing in 1903 and converted to additional workhouse accommodation for adults (though never used for that purpose), known as Ely Lodge. The children lived in what became as Ely Homes. The school was demolished some years later and an infectious diseases isolation unit was built on the same site.

The land was once owned by the Earl of Plymouth, who dictated that alcohol may not be sold on the land. As a result, like other plots of land with similar conditions, the boundaries of the old estate can be approximated by the locations of public houses around the area.

To attract business from nearby areas, establishments would be built as close to it as possible without actually being in Ely (local establishments are actually in Caerau and Fairwater). 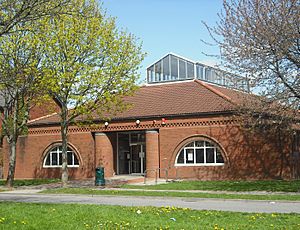 Ely's rapid expansion of housing began in the 1920s to provide 'homes fit for heroes' after World War I. This came with the construction of council houses to rehouse people from Cardiff's inner-city slums.

Ely Racecourse had its grandstand destroyed in a fire in 1937 and was then closed in 1939.

The area is widely considered to be one of Cardiff's less desirable areas in terms of crime and standard of living. But the residents of Ely are keen to dispel this reputation, citing the fact it is a very large, close knit community. 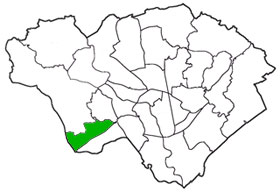 The electoral ward of Ely falls within the parliamentary constituency of Cardiff West. It is bounded by Fairwater and Gabalfa to the northwest; Caerau to the south (although some of Lower Ely is technically in the electoral ward of Caerau, as is Trelai (Ely) Park); Culverhouse Cross to the west; and the Vale of Glamorgan to the southwest.

All three council seats are safely held by the Labour Party, with one of the long-term representatives being former Council leader, Russell Goodway, though in 2004 when Labour lost the Council to the Liberal Democrats, Goodway retained his seat by only 62 votes.

Cowbridge Road West (the A48) is the predominant road running through Ely as it runs on to Canton and Cardiff city centre to the east, and to Culverhouse Cross interchange to the west near the Western Cemetery. The parallel Grand Avenue links Cowbridge Road West to the northern estates of Ely.

Ely is served by Cardiff Bus services 17 and 18 (Capital City Red) which operate every 10 minutes from Wood Street in Cardiff city centre via Canton and Caerau. North Ely is also served by services 12 and 13 which terminate westbound at Culverhouse Cross and eastbound in Tremorfa. Cardiff Bus services 96, 101 & 102, First Cymru service X2 and Easyway service 322 also serve the area.

The nearest station, which is accessible via Birdies Lane or Cowbridge Road, is Waun-gron Park in Fairwater.

Ely features several shopping parades. Two large supermarkets (Aldi and Farmfoods) are located just off Cowbridge Road West on nearby Treseder Way. Tesco Express and Vets4Pets are both on Cowbridge Road near the Western Leisure Centre. The area also has a large Lidl store, Home Bargains, and a small Lloyds Pharmacy on Careau Lane. Many small shops and local businesses are notably on Wilson Road and Grand Avenue, A Greggs store can be found on both streets and other chain stores are in the Careau ward such as B&Q and Homebase.

There are two pubs in the area, the Highfields Inn in Caerau and the Culverhouse on Cowbridge Road West. There are numerous social clubs, such as Ely Social and Sports Club (near Ely bridge), the Ely Royal Air Force Association (on Riverside Terrace in Lower Ely), Glamorgan Wanderers RFC Clubhouse (home of Glamorgan Wanderers RFC), and Cardiff West End Social Club (near the bottom of Wilson road.) The Jasmine Enterprise Centre is joined next to the Fire Station on Cowbridge Road West.

All content from Kiddle encyclopedia articles (including the article images and facts) can be freely used under Attribution-ShareAlike license, unless stated otherwise. Cite this article:
Ely, Cardiff Facts for Kids. Kiddle Encyclopedia.