Excelsior is a city on Lake Minnetonka in Hennepin County, Minnesota, United States. The population is 2,397. The suburb is located 12 miles west of South Minneapolis.

Excelsior was founded in 1853 by George Bertram and the Excelsior Pioneer Association. It was the first community established on Lake Minnetonka. Many of the original settlers in Excelsior came from the New England area, particularly upstate New York and Massachusetts. Some eastern-like features can be found in the layout of the town, which is organized as a grid with a public Commons along the lake shore.

Throughout the years, Excelsior's Water Street has been the home to many businesses including hotels, restaurants, and merchants. Excelsior works hard to maintain its historical identity while renewing various elements of the downtown area; the community is known for its abundance of Victorian housing stock and masonry-clad commercial district. 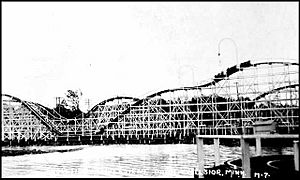 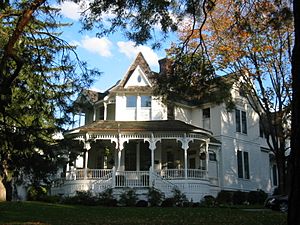 Excelsior was also home to the Excelsior Amusement Park, which operated from 1925 to 1973. Today the site is occupied by a condominium complex and two restaurants.

Ray Colihan owned a ballroom called '"Big Reggie's Danceland" in Excelsior during the 1950s and 1960s. Colihan is speculated as the only man to lose money on both The Beatles, who he booked at Met Stadium in 1965, and The Rolling Stones, who played Danceland in 1964 for an audience of approximately 300. Legend has it, since debunked online, that an Excelsior resident named Jimmy Hutmaker was the inspiration behind the Rolling Stones song You Can't Always Get What You Want after an encounter with singer Mick Jagger at the local drug store prior to the 1964 concert. "Mr. Jimmy", as he was known, died on October 3, 2007.

President Gerald Ford's golden retriever, Liberty, was purchased in 1974 from Avis Friberg, a resident of Excelsior.

The streetcar boat Minnehaha, a steamboat used for passenger travel on Lake Minnetonka during the turn of the Twentieth Century, was raised from the bottom of Lake Minnetonka in 1980, restored, and put back into passenger service in 1996. Now operated by the Museum of Lake Minnetonka, it again carries passengers between the communities of Excelsior and Wayzata as it did over a century ago. 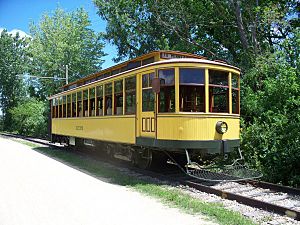 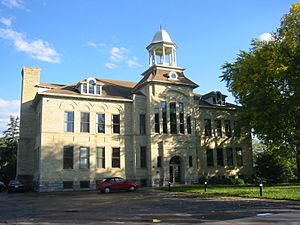 There were 1,115 households of which 21.0% had children under the age of 18 living with them, 31.7% were married couples living together, 9.1% had a female householder with no husband present, 3.6% had a male householder with no wife present, and 55.7% were non-families. 48.3% of all households were made up of individuals and 12.2% had someone living alone who was 65 years of age or older. The average household size was 1.92 and the average family size was 2.82. 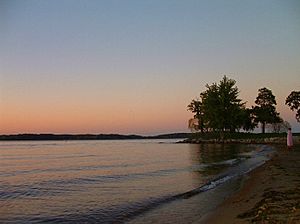 There were 1,199 households out of which 22.1% had children under the age of 18 living with them, 32.2% were married couples living together, 9.9% had a female householder with no husband present, and 54.3% were non-families. 45.2% of all households were made up of individuals and 14.1% had someone living alone who was 65 years of age or older. The average household size was 1.95 and the average family size was 2.80. 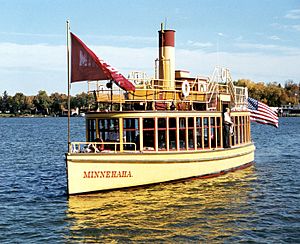 The Excelsior Commons, a large park situated along the shore of Lake Minnetonka, is a publicly owned parcel of land used for various activities year-round. It is speculated that the Excelsior Commons and the Boston Common are the only two designated "commons" in the United States. A large public beach is located at the northern end of the Commons.

All content from Kiddle encyclopedia articles (including the article images and facts) can be freely used under Attribution-ShareAlike license, unless stated otherwise. Cite this article:
Excelsior, Minnesota Facts for Kids. Kiddle Encyclopedia.