Foix (Occitan: Fois; Catalan: Foix) is a commune, the former capital of the County of Foix. Today it is the préfecture of the Ariège department in southwestern France in the Occitanie region.

It is to south of Toulouse, close to the border with Spain and Andorra. The city is only the second city of the department after Pamiers. Of all French préfectures, Foix is the one with fewest people living in it.

The Romans built a fort on the rocky hill where the Château de Foix castle now overlooks the town. The town of Foix probably owes its origin to an oratory founded by Charlemagne, which afterwards became the Abbey of Saint Volusianus in 849. The current area of the department was part of the old County of Foix.

The city of Foix lies in the foothills of the Pyrénées mountains, in southern France. It is on the confluence of the Ariège and Arget rivers. Foix is at 83 km (52 mi) to the south of Toulouse.

The climate of Foix, in the Köppen climate classification, is Cfb - Oceanic climate with template summers.

The inhabitants of Foix are known, in French, as Fuxéens (women: Fuxéennes).

Evolution of the population in Foix 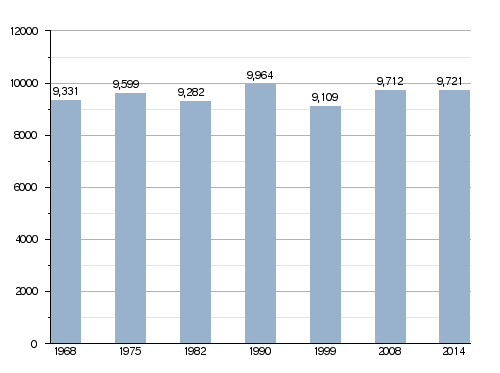 Foix is the prefecture of the Ariège department, the capital of the arrondissement of Foix and the administrative centre (French: chef-lieu) of the canton of Foix (with 13,700 inhabitants in 2014).

Foix is twinned with:

All content from Kiddle encyclopedia articles (including the article images and facts) can be freely used under Attribution-ShareAlike license, unless stated otherwise. Cite this article:
Foix Facts for Kids. Kiddle Encyclopedia.