Grundy County is a county located in the U.S. state of Illinois. According to the 2010 census, it has a population of 50,063. Its county seat is Morris.

In 2010, the center of population of Illinois was located in Grundy County, just northeast of the village of Mazon.

Grundy County was established on February 17, 1841. It was formed out of LaSalle County and named after U.S. Attorney General Felix Grundy (1777-1840). The county was well known for its coal mines and attracted miners from Pennsylvania and other regions to work its deposits. Braidwood endured one major coal mining disaster. Most of the coal was destined for the Chicago area. 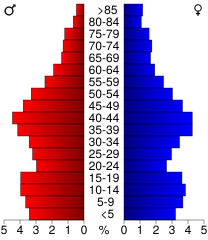 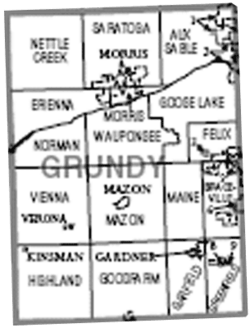 All content from Kiddle encyclopedia articles (including the article images and facts) can be freely used under Attribution-ShareAlike license, unless stated otherwise. Cite this article:
Grundy County, Illinois Facts for Kids. Kiddle Encyclopedia.