Kankakee County is a county located in the U.S. state of Illinois. According to the 2010 census, it has a population of 113,449. Its county seat is Kankakee.

Starting in the 1770s, if not earlier, the area that is now Kankakee County was dominated by the Pottawatami.

French Canadian Settlers came to Kankakee County in 1834, after the federal government signed the Treaty of Camp Tippecanoe in 1832. They were soon joined by migrants from New York and Vermont who had moved their way west, mostly locating in Momence, Illinois. In the 1840s, most of the migrants were French Canadians or Metis and they settled in such places as Bourbonnais.

An act of the Illinois Legislature created Kankakee County out of the north part of Iroquois County and the south part of Will County on February 11, 1853. The six original townships were: Yellowhead, Rockville, Bourbonnais, Momence, Aroma Park, and Limestone. The population of the new county was about 8,000. It wasn’t until 1855 that the two western townships of Norton and Essex were taken from Vermilion County and added to Kankakee County. The County was named for the Kankakee River. 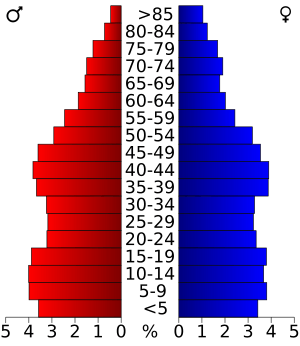 All content from Kiddle encyclopedia articles (including the article images and facts) can be freely used under Attribution-ShareAlike license, unless stated otherwise. Cite this article:
Kankakee County, Illinois Facts for Kids. Kiddle Encyclopedia.