Henry Allingham (born London, 6 June 1896 - 18 July 2009) was a British supercentenarian and a First World War veteran. He was an engineer for most of his life. For the last month of his life he was the oldest living man in the world (according to official records). He became the oldest man ever in Britain. 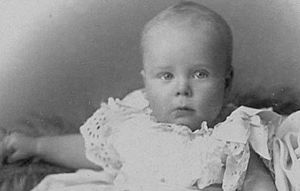 Allingham as a baby

Between his 110th and 111th birthdays Allingham made over 60 public appearances, including a visit to The Oval on 5 June 2007 (the day before his 111th birthday), where he was wheeled around the boundary in front of the spectators. James Sisnett later surpassed Allingham's record and later became the second oldest man in the world.

With the help of Denis Goodwin, he wrote a book about his life. It was published on 23 September 2008.

Allingham planned to leave his body to medical science. Allingham said that Denis Goodwin persuaded him to change his mind, because he had become a symbol of the war. So he had a funeral and cremation.

The Officier Légion d'honneur. Awarded to Allingham in 2009.

Henry Allingham had four medals, two of which were from the First World War. 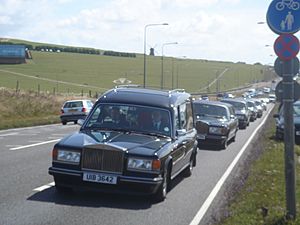 Henry Allingham funeral will St Dunstan's on the way to the church of San Nicholas.

Allingham died on 18 July 2009 in his home in Ovingdean, East Sussex from natural causes, aged 113. A funeral service was held for Allingham at the San Nicolas Church.

The BBC asked Carol Ann Duffy, the Poet laureate, to write a poem to mark the deaths of Allingham and Harry Patch (who died one week after Allingham on 25 July 2009).

A plaque was placed next to Allingham's home to honor his longevity record in Ovingdean, West Sussex.

All content from Kiddle encyclopedia articles (including the article images and facts) can be freely used under Attribution-ShareAlike license, unless stated otherwise. Cite this article:
Henry Allingham Facts for Kids. Kiddle Encyclopedia.