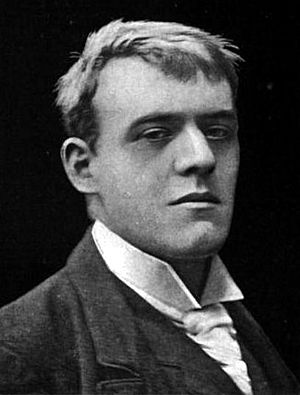 Hilaire Belloc (27 July 1870–1953) was a French-born English writer, poet, satirist and politician . He wrote many different poems which he put into the book Cautionary Tales for Children. That book included the famous Matilda. This poem was about a girl who told lies and was burned to death. Belloc was one of the most poductive writers in 1902.

Belloc was a politician as well as a writer. He was a Member of Parliament from 1906 until 1910. While he many things in addition to writing, he is best known for his writing. These poems included characters such as Jim, who ran away from his nurse and was eaten by a lion and Matilda who told lies and was burnt to death. Belloc was also well known as a speaker, man of letters and political activist

All content from Kiddle encyclopedia articles (including the article images and facts) can be freely used under Attribution-ShareAlike license, unless stated otherwise. Cite this article:
Hilaire Belloc Facts for Kids. Kiddle Encyclopedia.