Hoover is a city in Jefferson and Shelby counties in north central Alabama, United States. The largest suburb of Birmingham, the city had a population of 92,606 as of the 2020 US Census. Hoover is part of the Birmingham-Hoover, AL Metropolitan Statistical Area and is also included in the Birmingham-Hoover-Talladega, AL Combined Statistical Area. Hoover's territory is along the foothills of the Appalachian Mountains.

The Birmingham Barons Minor League Baseball team, which traces its history to 1885, played its home games at the 10,800-seat Hoover Metropolitan Stadium until 2013, when it moved to Regions Field in the Parkside District of Birmingham. 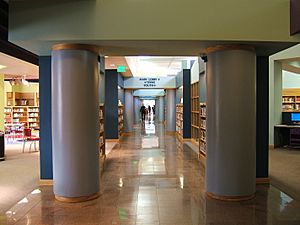 The City of Hoover was incorporated in 1967. It was named after William H. Hoover, a local insurance company owner. The area had been known as the Green Valley community since the 1930s and was mostly a residential community. In the late 1970s and early 1980s the city was still mostly residential with a small City Hall that included space for the police department. The annexation of the Riverchase business and residential community on September 8, 1980 provided a base of large office buildings and employers to the city. A significant change to the city occurred when Interstate I-459 was opened with a major interchange with Interstate I-65 within the city. The most dramatic change occurred in 1986 when the Riverchase Galleria shopping-hotel-office complex opened. This significantly increased the tax revenue for the city. It was the catalyst to bring new residents and businesses to the city. The city has grown extremely fast with annexations and new developments. The city now provides services from many large city facilities including a Municipal Center, a Library, and a Public Safety Center. Residents and businesses are drawn to the city because of the rolling hills and nice residential areas, schools, city services, shopping, and business communities. The city will likely continue to boom population wise; the population has risen significantly in Hoover from 2008 and is now 81,619 as of the 2010 Census.

Hoover is served by two interstate highways, 65 and 459, with a major interchange near the center of the city. Major arterial roads include U.S. Route 31 as a north-south route through the middle of the city, U.S. Route 280 in the eastern portion of the city, Route 150 as an east-west road connecting the city center to the western side, and Valleydale Road connecting Route 31 and Route 280. Hoover is also served by the Metropolitan Area Express (MAX) bus system.

The Riverchase Galleria shopping-hotel-office complex generates tax revenues for the city; it is also the location of numerous retail, hotel, and office workers. The Riverchase Office Park, and other office parks and buildings throughout Hoover, house many large corporations. Major shopping centers in the city include Riverchase Galleria on US 31, Patton Creek on SR 150, and Village at Lee Branch on US 280. The Central Business District is intersected by US 31, SR 150, and US 280. I-65 and I-459 intersect in the city. 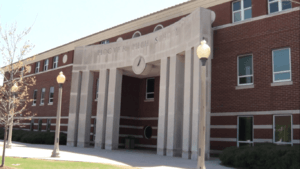 Given the population expansion, the city built Riverchase Elementary to relieve overcrowding of some schools. The student population bubble is advancing in the system, and in the 2011–2012 academic year, Bumpus Middle School and its students were relocated to the former freshman center of Hoover High School. The former Bumpus site became Brock's Gap Intermediate School in 2011. The former Berry site became the current Bumpus Middle School in 2011. Brock's Gap served 5th and 6th graders until 2018 when Hoover Rezoning went into effect. They now serve 3rd, 4th, and 5th graders. Bumpus Middle School served only 7th and 8th graders until 2018 because of Hoover Rezoning. They now serve 6th, 7th, and 8th graders.

The Shelby-Hoover campus of the Jefferson State Community College is in Shelby County, is in Hoover, near Spain Park High School. Faulkner University has a campus on Valleydale Road; The University of Alabama in Birmingham (UAB) in downtown Birmingham is only 8–10 miles away, and features the premier medical school of Alabama.

The Birmingham Supplementary School Inc. (BSS, バーミングハム日本語補習校 Bāminguhamu Nihongo Hoshūkō), a part-time Japanese school, holds its classes at the Shelby-Hoover campus. Its office is at the Honda Manufacturing of Alabama, LLC facility in unincorporated Talladega County, near Lincoln. The school opened on September 1, 2001.

All content from Kiddle encyclopedia articles (including the article images and facts) can be freely used under Attribution-ShareAlike license, unless stated otherwise. Cite this article:
Hoover, Alabama Facts for Kids. Kiddle Encyclopedia.