Kids Encyclopedia Facts
Not to be confused with Hot Springs, Arkansas.

Hot Spring County is a county located in the U.S. state of Arkansas. As of the 2010 census, the population was 32,923. The county seat is Malvern. Hot Spring County was formed on November 2, 1829, from a portion of Clark County. It was named for the hot springs at Hot Springs, Arkansas, which were within its boundaries until Garland County was formed in 1874. It is an alcohol prohibition or dry county.

Hot Spring County is located in Southwest Arkansas, a region composed of the Ouachita Mountains, deep valleys, and the Arkansas Timberlands. Hot Spring County is mostly within the mountainous segment of the region, mostly covered in hardwood and pine forests. One of the six primary geographic regions of Arkansas, the Ouachitas are a mountainous subdivision of the U.S. Interior Highlands. The Ouachita River roughly divides the county. According to the U.S. Census Bureau, the county has a total area of 622.16 square miles (1,611.4 km2), of which 614.94 square miles (1,592.7 km2) is land and 7.22 square miles (18.7 km2) (1.16%) is water. 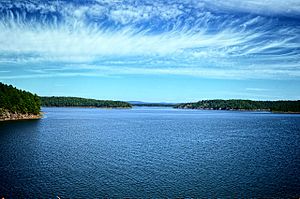 DeGray Lake Resort State Park is a 984-acre (398 ha) in southwest Hot Spring County, and Arkansas's only resort state park. The 94-room DeGray Lodge and Convention Center includes a restaurant and 18-hole championship rated golf course. Traditional state park amentities for camping, hiking, fishing, boating, picnic tables, and horseback riding are also offered. The park is owned and operated by the Arkansas Department of Parks and Tourism (ADPT). DeGray Lake WMA essentially bounds the portions of lake shoreline not bounded by the state park. The land is owned by the United States Army Corps of Engineers (USACE) and extends into Clark County.

Near Malvern, Lake Catherine State Park is a small state park on the west side of Lake Catherine. The park offers twenty cabins, including five Civilian Conservation Corps cabins of natural wood and stone built in the 1930s, and 70 campsites. In summer, the parks offers a marina, boat rental, visitor center, guided tours, nature center and horseback trail rides. 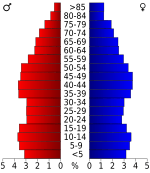 Educational attainment in Hot Spring County is typical for a rural Arkansas county, with an 2011-2015 American Community Survey study finding 84.8% of Hot Spring County residents over age 25 held a high school degree. This ratio is in line with the state average of 84.8% and slightly below the national average of 86.7%. The county's percentage of residents holding a bachelor's degree or higher is 13.0%, significantly below state and national averages of 21.1% and 29.8%, respectively. 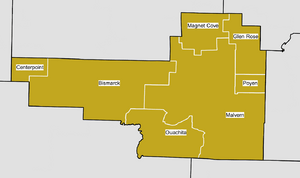 The Malvern-Hot Spring County Library at 202 East Third Street in downtown Malvern was founded in 1928 and became a member library of the Mid-Arkansas Regional Library System in 1974. The facility offers books, e-books, media, reference, youth, business and genealogy services. 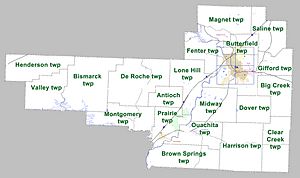 Townships in Hot Spring County, Arkansas as of 2010

Townships in Arkansas are the divisions of a county. Each township includes unincorporated areas; some may have incorporated cities or towns within part of their boundaries. Arkansas townships have limited purposes in modern times. However, the United States Census does list Arkansas population based on townships (sometimes referred to as "county subdivisions" or "minor civil divisions"). Townships are also of value for historical purposes in terms of genealogical research. Each town or city is within one or more townships in an Arkansas county based on census maps and publications. The townships of Hot Spring County are listed below; listed in parentheses are the cities, towns, and/or census-designated places that are fully or partially inside the township.

All content from Kiddle encyclopedia articles (including the article images and facts) can be freely used under Attribution-ShareAlike license, unless stated otherwise. Cite this article:
Hot Spring County, Arkansas Facts for Kids. Kiddle Encyclopedia.