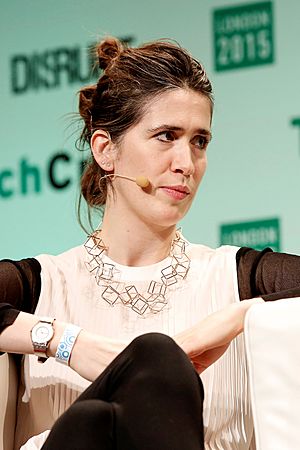 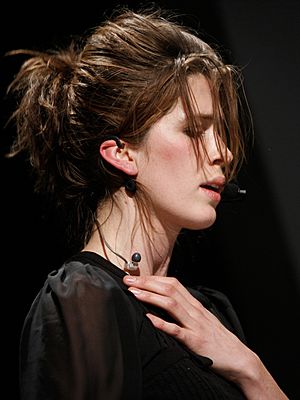 Imogen Jennifer Jane Heap (born 9 December 1977 in the London Borough of Havering) is a Grammy Award-winning English singer, composer and songwriter. She is known for her work as part of the musical duo Frou Frou.

She has collaborated with many artist including Jeff Beck, Acacia, Frou Frou, Britney Spears and others.

Imogen produced "Ellipse" in her old family house. She recorded the production of it into a movie called "The story of Ellipse: Everything in between". In 2010 she, along with Thomas Ermacora, founded "Bubbletank". It has produced the "Live 4 X" charity events and the crowd-sourced orquestal film "Love The Earth".

She is producing her 4th solo album called "The Heapsongs". All of the tracks are being released when they are finished.

Imogen Heap and Frou Frou songs have been in various TV shows, movies, advertisements, and marching band productions, notably including , The OC, SNL, Garden State, and So You Think You Can Dance.

All content from Kiddle encyclopedia articles (including the article images and facts) can be freely used under Attribution-ShareAlike license, unless stated otherwise. Cite this article:
Imogen Heap Facts for Kids. Kiddle Encyclopedia.