Blunt rose to fame in 2004 with the release of his debut album Back to Bedlam, achieving worldwide fame with the singles "You're Beautiful" and "Goodbye My Lover". The album has sold over 11 million copies worldwide, topping the UK Albums Chart and peaking at number two in the US. "You're Beautiful" was number one in the UK, the US and a dozen other countries. Back to Bedlam was the best-selling album of the 2000s in the UK.

Blunt had piano and violin lessons as a child, but was introduced to the electric guitar aged 14 by a fellow student, he has has sold over 20 million records worldwide. He has received several awards, including two Brit Awards—winning Best British Male in 2006—two MTV Video Music Awards and two Ivor Novello Awards, as well as receiving five Grammy Award nominations.

Blunt was a reconnaissance officer in the Life Guards, a cavalry regiment of the British Army, and served under NATO in the Kosovo War in 1999. He was awarded an Honorary Doctorate for Music in 2016 by University of Bristol. 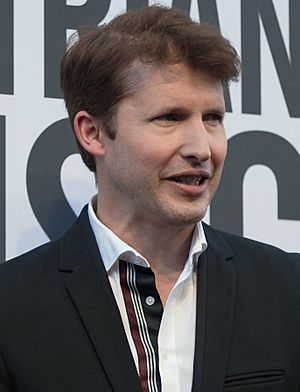 Blunt was born at an army hospital in Tidworth in the county of Hampshire. His father was a cavalry officer in the 13th/18th Royal Hussars and then a helicopter pilot and colonel of the Army Air Corps. The Blunt family has a long history of military service, dating back to King Gorm of Denmark ever since their Danish ancestors arrived in England in the 10th century.

He was educated at Elstree School in Woolhampton, Berkshire, and Harrow School, gaining A-levels in Physics, Chemistry and Economics. He went on to study Aerospace Manufacturing Engineering and Sociology at University of Bristol, graduating with a BSc (Hons) in Sociology in 1996. Like his father, Blunt is a pilot, gaining his fixed winged private pilot licence aged 16.

While still in the army Blunt would write songs during his time off. Blunt left the British Army in 2002 so that he could pursue his musical career. Shortly after leaving the army he was signed to EMI music publishers and to Twenty-First Artists management. 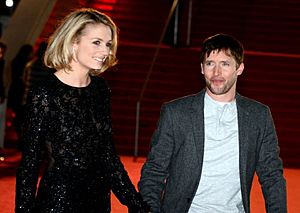 Blunt and his wife Sofia at the NRJ Music Awards 2014

Blunt's main residence is in Ibiza. He also owns a chalet in the Swiss town of Verbier, which he purchased in February 2007, and has a ski lift named after him there. In 2012, Blunt, Carl Fogarty and Lawrence Dallaglio opened a restaurant at the top of the chairlift called La Vache. He also has a keen interest in motorcycles.

On 6 September 2014, Blunt married Alexandrina "Sofia" Wellesley, daughter of Lord and Lady John Henry Wellesley, and grand-daughter of the 8th Duke of Wellington. On 9 October 2015 it was revealed that the couple were expecting their first child. At the Oxford Union in early June 2016, Blunt revealed that he had become a father to a boy.

On 17 February 2016, he received the Honorary Degree of Doctor of Music from the University of Bristol. 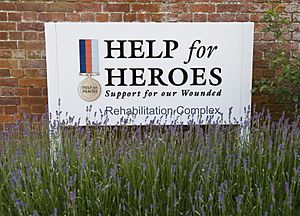 Blunt is a patron of Help for Heroes, a charity that raises money to provide better facilities for wounded British servicemen, and has also held benefit concerts for this charity.

He raises funds for the medical charity Médecins Sans Frontières (MSF, or "Doctors Without Borders"). He first encountered the non-governmental organization while on operations in Kosovo. Since then, he has been an active supporter by holding meet-and-greet auctions at many of his concerts, and filming the documentary Return to Kosovo, in which he visited the people and places he had encountered while there.

Blunt also supports environmental causes. He screened the trailer for An Inconvenient Truth at his concerts, and for each advance sales concert ticket purchased through his designated website, a tree is planted. On 7 July 2007, he performed at the Live Earth concert at Wembley Stadium, London. He contributed to the charity single, "Everybody Hurts" in aid of the 2010 Haiti earthquake appeal.

All content from Kiddle encyclopedia articles (including the article images and facts) can be freely used under Attribution-ShareAlike license, unless stated otherwise. Cite this article:
James Blunt Facts for Kids. Kiddle Encyclopedia.