Jamesville is a hamlet made up of the outskirts of five towns: DeWitt, Lafayette, Manlius, Pompey and Onondaga. Jamesville is located in Onondaga County, New York, United States, part of the greater Syracuse area. 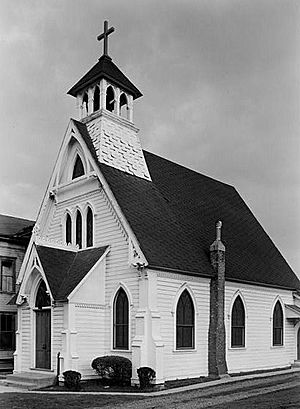 The hamlet was named for James DeWitt.

Jamesville was formerly served by OnTrack, a commuter rail system that ceased operations in 2007.

On January 16, 2007, a New York City company, Empire Synfuel LLC, submitted an application for site plan approval for a proposed coal gasification plant in Jamesville where the now abandoned Alpha Portland Cement factory once operated. The plant, projected to cost $1.3 billion and create up to 150 jobs, would have converted coal into synthetic natural gas. The proposal faced opposition from area residents and town board members who were concerned about such issues as the extremely close proximity of the village's elementary school. Approvals from the town board and the county zoning board have not yet come through, and as a result, the project has been proposed at another site 40 miles north, in the Town of Scriba. In the meantime, the DeWitt Town Board is considering a moratorium that would restrict the development of industrial land use, including the site on which the project was proposed, in the event the plant is re-introduced. Board members have tabled a vote for August 27, 2007. 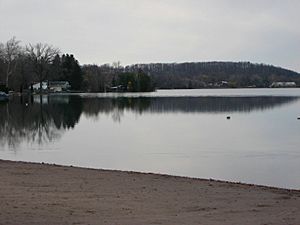 The Jamesville Reservoir is south of the hamlet. Jamesville Beach Park, a county park, includes a small beach on the reservoir, several hiking trails and fields. The fields are the site of the annual Jamesville BalloonFest, where dozens of hot-air balloons take to the air in one weekend. Both the reservoir and park are in the town of LaFayette, New York.

The history of the community is documented in the book Water, Wheels and Stone: Heritage of the Little Village by the Creek, Jamesville, New York, written by Jean Schutz Keough, and published in 1976 and 1978 by the Jamesville Historical Book Committee.

All content from Kiddle encyclopedia articles (including the article images and facts) can be freely used under Attribution-ShareAlike license, unless stated otherwise. Cite this article:
Jamesville, New York Facts for Kids. Kiddle Encyclopedia.