DeWitt is a town in Onondaga County, New York, United States. As of the 2020 census, the town's population was 26,074. The town is named after Major Moses DeWitt, a judge and soldier. An eastern suburb of Syracuse, DeWitt also is "the site of most of the campus and all of the academic buildings of Le Moyne College".

DeWitt was part of the Central New York Military Tract. The first settlers arrived around 1789.

The original Erie Canal progressed through the town in 1825. DeWitt was formed in 1835 from the Town of Manlius and was named in honor of Moses DeWitt, a Major in the militia, judge of the county courts and one of the first settlers of the county.

Southern DeWitt from I-481

An Office Building off I-481 in the flat northern part of DeWitt.

Natural bodies of water in the Town of DeWitt include:

The Long Level section of the Old Erie Canal runs through DeWitt, which in turn is part of the Erie Canalway National Heritage Corridor.

A neighborhood in the hills of DeWitt

An office building in DeWitt. Outside of downtown Syracuse, DeWitt is home to the most employers in the region. 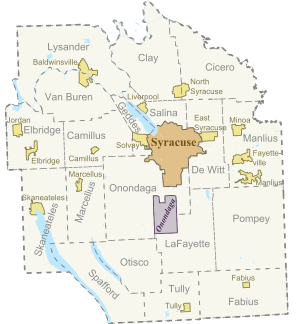 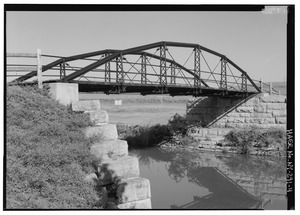 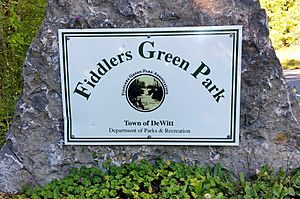 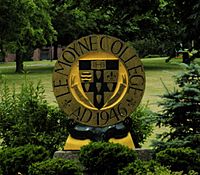 Other schools in the Town of DeWitt include:

All content from Kiddle encyclopedia articles (including the article images and facts) can be freely used under Attribution-ShareAlike license, unless stated otherwise. Cite this article:
DeWitt, New York Facts for Kids. Kiddle Encyclopedia.