Discovered by Fox Film Studios while she was doing commercial modeling in New York City in the early 1920s, Arthur landed a one-year contract and debuted in the silent film Cameo Kirby (1923), directed by John Ford. She is said to have taken her stage name from two of her greatest heroes, Joan of Arc (Jeanne d'Arc) and King Arthur.

Arthur had feature roles in three Frank Capra films: Mr. Deeds Goes to Town (1936), You Can't Take It with You (1938), and Mr. Smith Goes to Washington (1939), films that championed the "everyday heroine". Arthur was nominated for an Academy Award for Best Actress in 1944 for her performance in The More the Merrier (1943).

James Harvey wrote in his recounting of the era, "No one was more closely identified with the screwball comedy than Jean Arthur. So much was she part of it, so much was her star personality defined by it, that the screwball style itself seems almost unimaginable without her." She has been called "the perfect comedic leading lady". 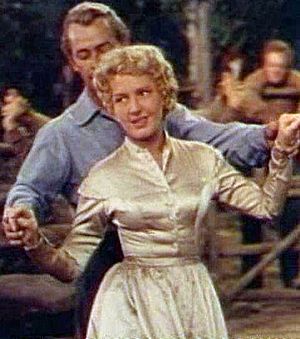 Her last film performance was the memorable, and distinctly non-comedic, homesteader's wife in George Stevens' Shane in 1953. To the public, Arthur was known as a reclusive woman. News magazine Life observed in a 1940 article: "Next to Garbo, Jean Arthur is Hollywood's reigning mystery woman." As well as refusing interviews, she avoided photographers and refused to become a part of any kind of publicity. 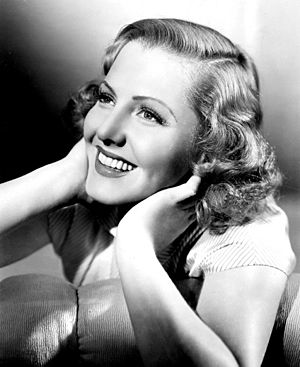 Arthur was born in Plattsburgh, New York. She is of Norwegian-English descent. Arthur was raised in Westbrook, Maine.

Before many of her later film roles, she worked as a stenographer on Bond Street in lower Manhattan during World War I and the early 1920s. Both her father and siblings registered for the draft. Her brother Albert died as a result of injuries sustained in battle during World War I.

Arthur died on June 19, 1991 in Carmel, California from heart failure, aged 90, no funeral service was held. She was cremated, and her remains were scattered off the coast of Point Lobos, California.

For her contribution to the motion picture industry, Jean Arthur has a star on the Hollywood Walk of Fame at 6333 Hollywood Blvd. The Jean Arthur Atrium was her gift to the Monterey Institute of International Studies in Monterey, California.

On May 2, 2015, the city of Plattsburgh, New York, honored her with a plaque in front of the house where she was born (94 Oak Street).

All content from Kiddle encyclopedia articles (including the article images and facts) can be freely used under Attribution-ShareAlike license, unless stated otherwise. Cite this article:
Jean Arthur Facts for Kids. Kiddle Encyclopedia.