Jeffrey Leon "Jeff" Bridges (born December 4, 1949) is an American actor and musician. His most notable films include The Last Picture Show, The Fabulous Baker Boys, Tron, Starman, The Fisher King and Iron Man. 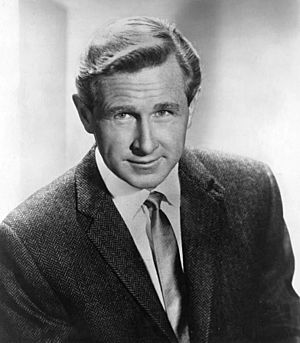 Jeffrey Bridges was born in Los Angeles, California, the son of actor Lloyd Bridges. He shared a close relationship with his brother, actor Beau Bridges. He and his siblings were raised in the Holmby Hills section of Los Angeles.

He married Susan Geston in 1977. He met Geston during the shooting of the movie Rancho Delux which was filmed on a ranch where Geston worked as a maid. The couple have three daughters.

He was also recipient of the Action Against Hunger Humanitarian Award. 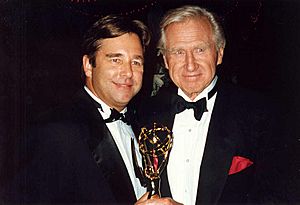 Beau Bridges and Lloyd Bridges at the 44th Emmy Awards 1992

As a teenager, Bridges appeared, along with his brother Beau, on their father's CBS anthology series, The Lloyd Bridges Show (1962-1963).

His first major role was in the 1971 movie The Last Picture Show for which he garnered a nomination for the Academy Award for Best Supporting Actor. He was nominated again for the same award for his performance opposite Clint Eastwood in the 1974 film Thunderbolt and Lightfoot. One of his better known roles was in the 1982 science-fiction cult classic Tron, in which he played Kevin Flynn, a video game programmer. 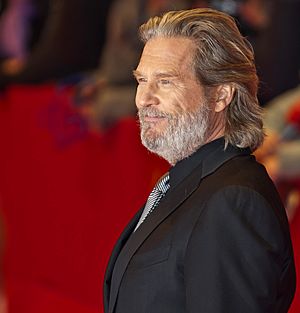 In his off time while on set, he has opened up a serious business with technology. He began taking pictures on set during Starman, at the suggestion of co-star Karen Allen. He has published many of these photographs online. Bridges is also a cartoonist. Some of his "doodles" have appeared in various films.

Bridges has performed voice-over work as well: he was behind Hyundai's 2007 "Think About It" ad campaign, and has done all of the Duracell ads in the "Trusted Everywhere" campaign (2006-current).

In the film The Contender, in which he co-starred, he recorded a version of Johnny Cash's standard "Ring of Fire" with Kim Carnes that played over the pivotal opening credits. As of 2008, the song has not been released commercially outside of the film.

All content from Kiddle encyclopedia articles (including the article images and facts) can be freely used under Attribution-ShareAlike license, unless stated otherwise. Cite this article:
Jeff Bridges Facts for Kids. Kiddle Encyclopedia.