Joanna Cassidy (born August 2, 1945) is an American actress. She is best known for her roles as the replicant Zhora Salome in Ridley Scott's film Blade Runner (1982) and Dolores in Who Framed Roger Rabbit (1988). She has won a Golden Globe Award, was nominated for three Emmy Awards and also was nominated for a Saturn Award and Screen Actors Guild Awards. 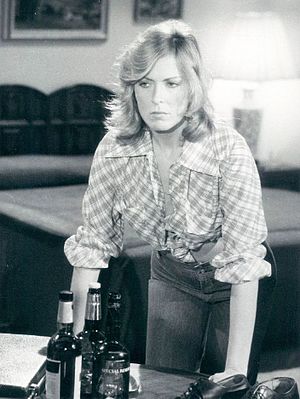 Cassidy also has starred in films such as Under Fire, The Fourth Protocol, The Package, Where the Heart Is, Don't Tell Mom the Babysitter's Dead, Vampire in Brooklyn and Ghosts of Mars.

From 2001 to 2005, she played Margaret Chenowith on the HBO drama series Six Feet Under. From 2011 to 2013, she played Joan Hunt on the ABC series Body of Proof. Between 2015 and 2017 she played the role of Candace Von Weber on the Bravo scripted series Odd Mom Out. 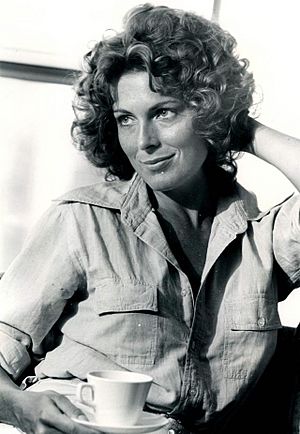 Cassidy was born Joanna Virginia Caskey in Haddonfield, New Jersey, the daughter of Virginia and Joe Caskey. She attended Haddonfield Memorial High School, and has described herself as being "a rowdy kid" there. She is known for her infectious, howling laugh which can be heard in the film The Laughing Policeman and on her appearances on The Tonight Show Starring Johnny Carson.

Cassidy majored in art at Syracuse University. During her time there, she married Kennard C. Kobrin in 1964, a doctor in residency, and found work as a fashion model. The couple moved to San Francisco, where her husband set up a psychiatric practice while Cassidy continued modeling, they divorced in 1974.

All content from Kiddle encyclopedia articles (including the article images and facts) can be freely used under Attribution-ShareAlike license, unless stated otherwise. Cite this article:
Joanna Cassidy Facts for Kids. Kiddle Encyclopedia.