A bottle of kerosene

Kerosene, also known as paraffin, lamp oil, and coal oil (an obsolete term), is a combustible hydrocarbon liquid which is derived from petroleum. It is widely used as a fuel in the air industry as well as households. It was registered as a trademark by Canadian geologist and inventor Abraham Gesner in 1854 before evolving into a genericized trademark. It is sometimes spelled kerosine in scientific and industrial usage.

The term kerosene is common in much of Argentina, Australia, Canada, India, New Zealand, and the United States, while the term paraffin (or a closely related variant) is used in Chile, eastern Africa, South Africa, Norway, and in the United Kingdom. The term lamp oil, or the equivalent in the local languages, is common in the majority of Asia. Liquid paraffin (called mineral oil in the US) is a more viscous and highly refined product which is used as a laxative. Paraffin wax is a waxy solid extracted from petroleum.

Kerosene is widely used to power jet engines of aircraft (jet fuel) and some rocket engines and is also commonly used as a cooking and lighting fuel, and for fire toys such as poi. In parts of Asia, kerosene is sometimes used as fuel for small outboard motors or even motorcycles. World total kerosene consumption for all purposes is equivalent to about 1.2 million barrels (50 million U.S. gallons; 42 million imperial gallons; 190 million liters) per day.

To prevent confusion between kerosene and the much more flammable and volatile gasoline, some authorities regulate markings or colorings for containers used to store or dispense kerosene. For example, in the United States, Pennsylvania requires that portable containers used at retail service stations for kerosene be colored blue, as opposed to red (for gasoline) or yellow (for diesel fuel). 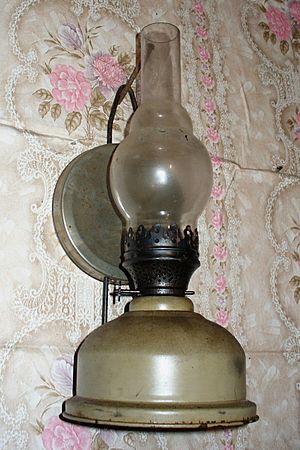 At one time the fuel, also known as heating oil in the UK and Ireland, was widely used in kerosene lamps and lanterns and replaced whale oil. Kerosene was a significant fire risk; in 1880, nearly two of every five New York City fires were caused by defective kerosene lamps.

In less-developed countries kerosene is an important source of energy for cooking and lighting. It is used as a cooking fuel in portable stoves for backpackers. As a heating fuel, it is often used in portable stoves, and is sold in some filling stations. It is sometimes used as a heat source during power failures. 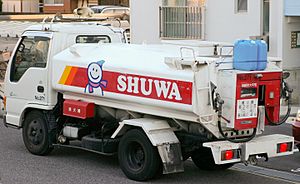 A truck delivering kerosene in Japan

Kerosene is widely used in Japan as a home heating fuel for portable and installed kerosene heaters. In Japan, kerosene can be readily bought at any filling station or be delivered to homes. In the United Kingdom and Ireland, kerosene is often used as a heating fuel in areas not connected to a gas pipeline network. Kerosene is often the fuel of choice for range cookers such as Rayburn. 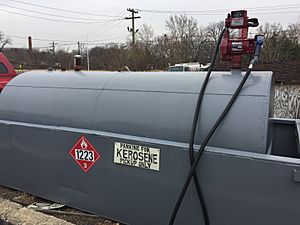 The Amish, who generally abstain from the use of electricity, rely on kerosene for lighting at night.

In the late 19th and early 20th centuries, kerosene space heaters were often built into kitchen ranges, and kept many farm and fishing families warm and dry through the winter. "Salamanders" are kerosene space heaters used on construction sites to dry out building materials and to warm workers. Before the days of electrically lighted road barriers, highway construction zones were marked at night by kerosene fired, pot-bellied torches. 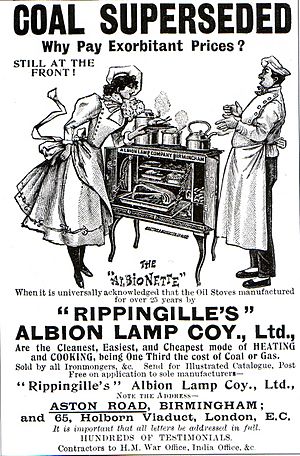 Advertisement for an oil stove, from the Albion Lamp Company, Birmingham, England, c. 1900

In countries such as India and Nigeria, kerosene is the main fuel used for cooking, especially by the poor, and kerosene stoves have replaced traditional wood-based cooking appliances. As such, increase in the price of kerosene can have a major political and environmental consequence. The Indian government subsidizes the fuel to keep the price very low, to around 15 U.S. cents per liter as of February 2007, as lower prices discourage dismantling of forests for cooking fuel.

Kerosene is used as a fuel in portable stoves, especially in Primus stoves invented in 1892. Portable kerosene stoves earn a reputation of reliable and durable stove in everyday use, and perform especially well under hard conditions such as outdoor activities and mountaineering. 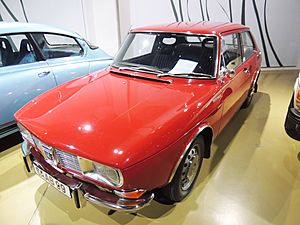 Saab-Valmet developed the Saab 99 Petro that ran on kerosene

In the mid-20th century, kerosene or tractor vaporising oil (TVO) was used as a cheap fuel for tractors. The engine would start on gasoline, then switch over to kerosene once the engine warmed up. In Europe following the Second World War, automobiles were similarly modified to run on kerosene rather than gasoline.

During the fuel crisis of the 1970s, Saab-Valmet developed and series-produced the Saab 99 Petro that ran on kerosene, turpentine or gasoline. One reason to manufacture kerosene-fueled cars was that in Finland kerosene was less heavily taxed than gasoline. 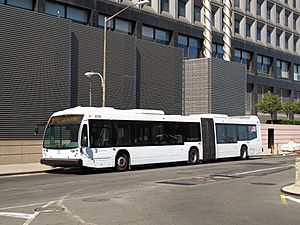 Ultra-low sulfur kerosene is a custom-blended fuel used by the New York City Transit Authority to power its bus fleet. The transit agency started using this fuel in 2004, prior to the widespread adoption of ultra-low-sulfur diesel, which has since become the norm.

Kerosene is used to fuel smaller-horsepower outboard motors built by Yamaha, Suzuki, and Tohatsu. Primarily used on small fishing craft, these are dual-fuel engines that start on gasoline and then transition to kerosene once the engine reaches optimum operating temperature. Multiple fuel Evinrude and Mercury Racing engines also burn kerosene, as well as jet fuel. 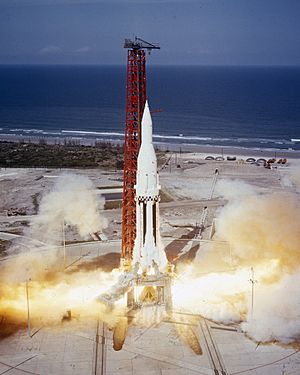 Today, kerosene is mainly used in fuel for jet engines in several grades. Kerosene is sometimes used as an additive in diesel fuel to prevent gelling or waxing in cold temperatures. JP-8, (for "Jet Propellant 8") a kerosene-based fuel, is used by the United States military as a replacement in diesel fueled vehicles and for powering aircraft. JP-8 is also used by the U.S. military and its NATO allies as a fuel for heaters, stoves, tanks and as a replacement for diesel fuel in the engines of nearly all tactical ground vehicles and electrical generators. 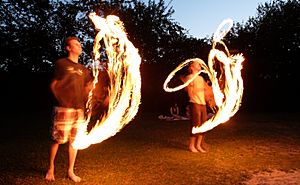 Kerosene is often used in the entertainment industry for fire performances, such as fire breathing, fire juggling or poi, and fire dancing. Because of its low flame temperature when burnt in free air, the risk is lower should the performer come in contact with the flame. Kerosene is generally not recommended as fuel for indoor fire dancing, as it produces an unpleasant (to some) odor, which becomes poisonous in sufficient concentration. 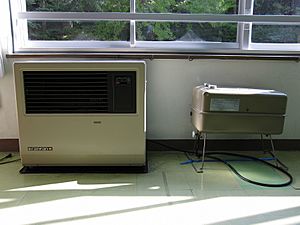 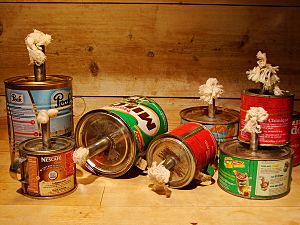 It can be used to remove candle wax that has dripped onto a glass surface; it is recommended that the excess wax be scraped off prior to applying kerosene via a soaked cloth or tissue paper, as well as being used to clean bicycle and motorcycle chains of old lubricant before re-lubrication.

It can also be used to thin oil based paint used in fine art. Some artists even use it to clean their brushes; however, it leaves the bristles greasy to the touch. It has uses also for Killing mosquito larvae. 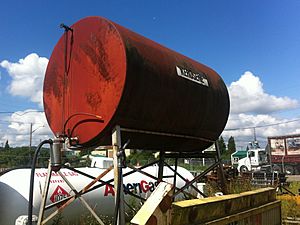 Ingestion of kerosene is harmful or fatal. Kerosene is sometimes recommended as a folk remedy for killing head lice, but health agencies warn against this as it can cause burns and serious illness. A kerosene shampoo can even be fatal if fumes are inhaled.

People can be exposed to kerosene in the workplace by breathing it in, swallowing it, skin contact, and eye contact. The US National Institute for Occupational Safety and Health (NIOSH) has set a recommended exposure limit of 100 mg/m3 over an 8-hour workday.

All content from Kiddle encyclopedia articles (including the article images and facts) can be freely used under Attribution-ShareAlike license, unless stated otherwise. Cite this article:
Kerosene Facts for Kids. Kiddle Encyclopedia.