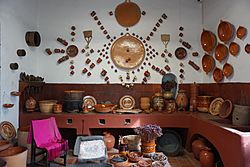 Representation of a Mexican cuisine, in front you can find Mexican food and spices, while in the background there are typical utensils. 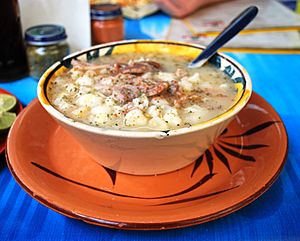 Pozole is a traditional soup or stew from Mexico

The Spanish conquest of the Aztec Empire occurred in the 16th century. The basic staples since then remain native foods such as corn, beans, squash and chili peppers, but the Europeans introduced many other foods, the most important of which were meat from domesticated animals, dairy products (especially cheese) and various herbs and spices, although key spices in Mexican cuisine are also native to Mesoamerica such as a large variety of chili peppers.

Street food in Mexico, called antojitos is prepared by street vendors and at small traditional markets in Mexico. Most of them include corn as an ingredient. 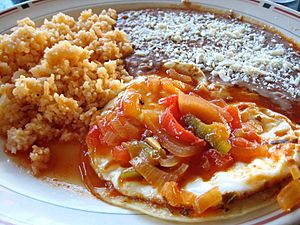 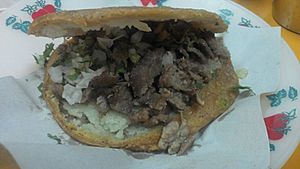 Other meat and protein dishes 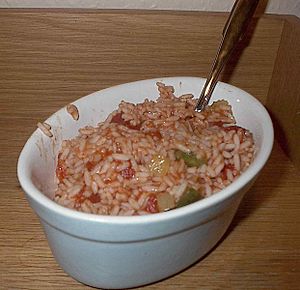 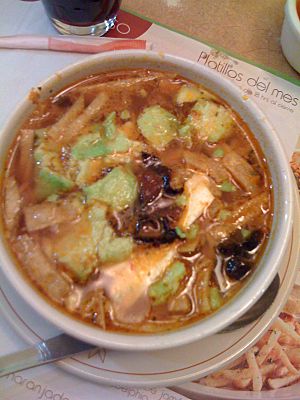 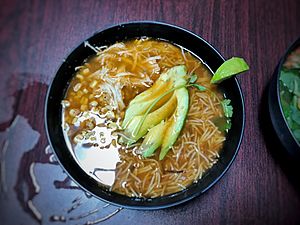 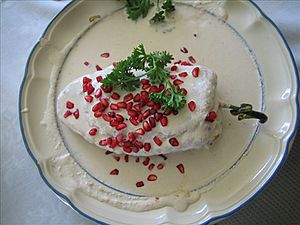 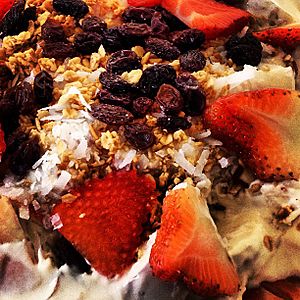 Close up shot of a bionico with strawberries, banana, raisins, shredded coconut and granola 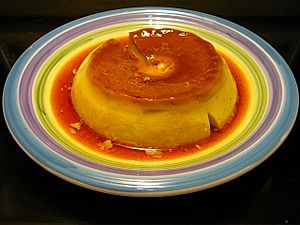 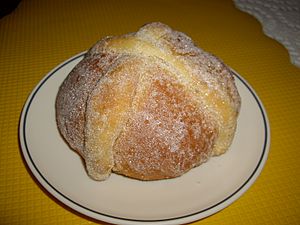 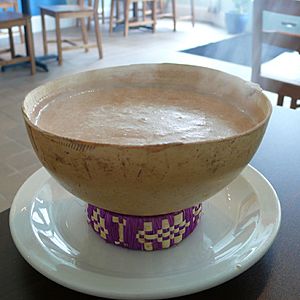 Hot bowl of champurrado as served at a Mexican breakfast 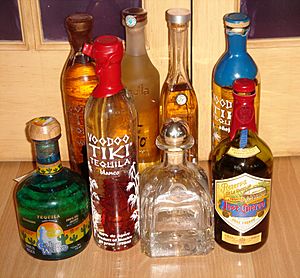 All content from Kiddle encyclopedia articles (including the article images and facts) can be freely used under Attribution-ShareAlike license, unless stated otherwise. Cite this article:
List of Mexican dishes Facts for Kids. Kiddle Encyclopedia.