Little Silver was established with a King's land grant in 1663 and settled in 1667. Little Silver was incorporated as a borough by an act of the New Jersey Legislature on March 19, 1923, from portions of Shrewsbury Township, based on the results of a referendum held on April 28, 1923.

Prior to the settlement of Europeans, the area that is now Little Silver was inhabited by the Navesink Native Americans.

There are several tales of how Little Silver received its name. In one, brothers Joseph and Peter Parker, who settled in this area in 1667 and owned land bounded by Parker's Creek on the south and Little Silver Creek on the north, named their holdings "Little Silver" after their father's (George Parker) estate in Portsmouth, Rhode Island. The original Parker Homestead, dating to 1725 and one of the state's oldest, was acquired by the borough and is undergoing renovation.

Other explanations for the derivation of the name are the payment to Native Americans for purchase of the land and the placid appearance of the water.

Early families and businesses include:

John T. Lovett owned a nursery that once covered almost half the borough, supplying large catalog houses such as Sears Roebuck, Macy's and Newberry's. In 1878 he circulated a petition to the community recommending that the name be revised and on July 30, 1879, the Post Office name was changed from "Parkersville" to "Little Silver".

The borough has had a varied history as a resort, agricultural area and fishing town. Today, the municipality is primarily residential with a range of housing types, from ranches and capes.

Little Silver separated from Shrewsbury Township in 1923. Since then, farms and nurseries have been replaced by housing. Over the years, New York City and North Jersey commuters have made Little Silver their home, traveling by rail or auto to their jobs. The Little Silver Train Station on Sycamore Avenue was designed by the noted American architect Henry Hobson Richardson and built in 1890. It reopened after renovations in 2003.

The original farms and nurseries have almost all been replaced by housing today. Little Silver's location on the Shrewsbury River makes it a popular destination for boaters and water sports enthusiasts, with a public boat ramp at the Dominick F. Santelle Park off Riverview Avenue. Approximately 8% of the homes are directly on the Shrewsbury River and another third of homes are on streams that connect to it.

There were 2,146 households out of which 37.3% had children under the age of 18 living with them, 68.4% were married couples living together, 8.2% had a female householder with no husband present, and 21.3% were non-families. 18.5% of all households were made up of individuals, and 10.4% had someone living alone who was 65 years of age or older. The average household size was 2.77 and the average family size was 3.18.

There were 2,232 households, out of which 37.9% had children under the age of 18 living with them, 72.5% were married couples living together, 7.0% had a female householder with no husband present, and 18.9% were non-families. 16.8% of all households were made up of individuals, and 8.4% had someone living alone who was 65 years of age or older. The average household size was 2.76 and the average family size was 3.13.

Both Route 35 and CR 520 clip the very western corner of the borough. The closest limited access road is the Garden State Parkway via CR 520 in Middletown Township. 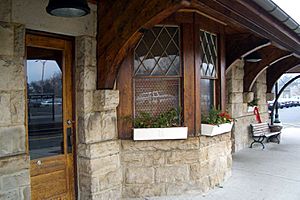 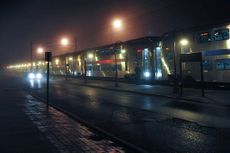 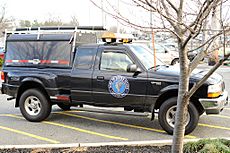 The Little Silver train station is served by trains on NJ Transit's North Jersey Coast Line. The station is one of the few on the electrified portion of the line without raised platforms. The station is located between two grade crossings. When trains stop at the station, they block the roadway at one crossing or the other for entire duration of the stop, causing traffic backups.

The train station, constructed in 1875 by the New York and Long Branch Railroad, was added to the National Register of Historic Places in 1984.

The Little Silver School District serves students in pre-kindergarten through eighth grade. As of the 2018–19 school year, the district, comprised of two schools, had an enrollment of 837 students and 77.8 classroom teachers (on an FTE basis), for a student–teacher ratio of 10.8:1. Schools in the district (with 2018–19 enrollment data from the National Center for Education Statistics) are Point Road School with 454 students in grades PreK-4) and Markham Place School with 380 students in grades 5-8.

For ninth through twelfth grades, students attend Red Bank Regional High School, which serves students from the boroughs of Little Silver, Red Bank and Shrewsbury, along with students in the district's academy programs from other communities who are eligible to attend on a tuition basis. Students from other Monmouth County municipalities are eligible to attend the high school for its performing arts program, with admission on a competitive basis. The borough has two elected representatives on the nine-member Board of Education. As of the 2018–19 school year, the high school had an enrollment of 1,208 students and 119.6 classroom teachers (on an FTE basis), for a student–teacher ratio of 10.1:1.

People who were born in, residents of, or otherwise closely associated with Little Silver include:

All content from Kiddle encyclopedia articles (including the article images and facts) can be freely used under Attribution-ShareAlike license, unless stated otherwise. Cite this article:
Little Silver, New Jersey Facts for Kids. Kiddle Encyclopedia.