Mary Poppins is a 1964 American musical movie starring Julie Andrews and Dick Van Dyke. It was produced by Walt Disney. It was based on the Mary Poppins book series by P. L. Travers. It was shot at Walt Disney Studios in Burbank, California.

The movie is about a family named Banks that live in London of 1910. The family members are George Banks - a serious man that works in the bank, Winifred Banks - a Women's rights active (someone or something that is in action) and their children Jane and Michael.

George Banks is busy in his bank work while Winifred is busy in her Women's rights activities and both of them almost never dedicate (to be strongly into something and giving a lot of time for that) time for their children but instead keep them with different nannies. When one of the nannies named Katie quits the job, Mr. Banks begins to search for a different nanny. At night, the children write their father a letter that describes the kind of nanny they want, but he then rips the letter and throws it into the fire and writes for himself the kind of nanny that he wants, someone that is serious and arranged. 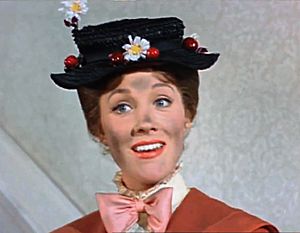 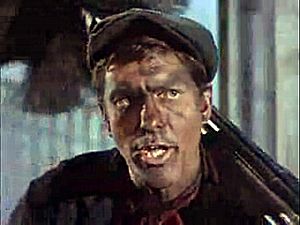 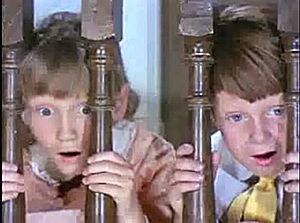 Karen Dotrice and Matthew Garber as Jane and Michael Banks 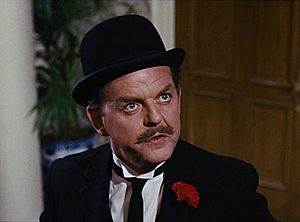 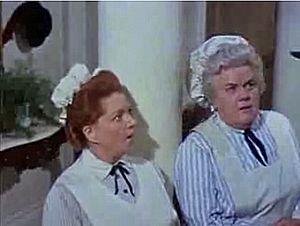 Hermione Baddeley and Reta Shaw as Ellen and Mrs. Brill

Mary Poppins is the most Oscar-winning and Oscar-nominated Disney movie in history.

All content from Kiddle encyclopedia articles (including the article images and facts) can be freely used under Attribution-ShareAlike license, unless stated otherwise. Cite this article:
Mary Poppins (movie) Facts for Kids. Kiddle Encyclopedia.