Mazandaran Province , (Persian: استان مازندران Ostān-e Māzandarān/Ostân-e Mâzandarân), is an Iranian province located along the southern coast of the Caspian Sea and in the adjacent Central Alborz mountain range, in central-northern Iran.

Mazandaran Province is one of the most densely populated provinces in Iran and has diverse natural resources, notably large reservoirs of oil and natural gas. The province's four largest counties are Sari, Amol, Nur, and Tonekabon. It was founded in 1937.

The diverse nature of the province features plains, prairies, forests and rainforest stretching from the sandy beaches of the Caspian Sea to the rugged and snowcapped Alborz sierra, including Mount Damavand, one of the highest peaks and volcanos in Asia.

Mazandaran is a major producer of farmed fish, and aquaculture provides an important economic addition to traditional dominance of agriculture. Another important contributor to the economy is the tourism industry, as people from all of Iran enjoy visiting the area. Mazandaran is also a fast-growing centre for biotechnology. 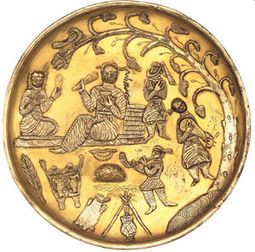 Human habitation in the area dates back at least 75,000 years. Recent excavations in Gohar Tape in Behshahr provide proof that the area has been urbanized for more than 5,000 years, and the area is considered one of the most important historical sites of Iran. It has played an important role in cultural and urban development of the region. Mazandaran is one of the oldest areas without a significant nomadic heritage, thus culturally sedentary. Indigenous peoples of the region include the ethnic Mazanderanis, who speak an Iranian language which most closely resembles Gilaki and Sangiseri language, but also has phono-typical similarities to several Caucasian languages, reflecting the history of the region and its peoples. In the early 20th century, Reza Shah connected northern Elbourz to the southern slopes by constructing seven new roads and railways, the provinces of Mazandaran and Gilan became known as Shomal by all Iranians (meaning "the North" in Persian). Mazandaran is a Caspian province in the north of Iran. Located on the southern coast of the Caspian Sea, it is bordered clockwise by Russia (across the sea), Golestan, Semnan, Tehran, Alborz, Qazvin, and Gilan provinces. Sari is the largest city and the capital of Mazandaran province.

Mazandaran Province was made part of the First Region upon the division of the provinces into five regions solely for coordination and development purposes on June 22, 2014. 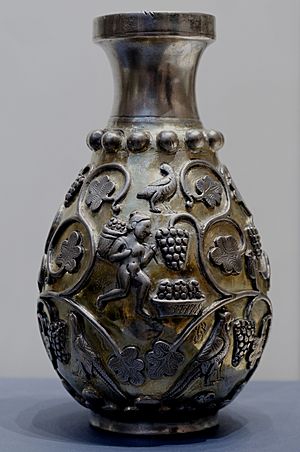 Wineglass, Sasanian Empire, for Ardashir I

Template:History of Tabaristan Before the arrival of the Iranian-speakers to Iran, native people of this area were subsistence hunters and cattle herders. Archaeological studies in caves belt and Hutu man in Behshahr in the Mazandaran date to approximately 9500 BC. The Amard were a tribe living along the mountainous region bordering the Caspian Sea, including current day Amol.

The Hyrcanian Golden Cup, dating from the early 1st millennium AD (800s BC). It was excavated at Kalardasht in Mazandaran

The territory known as Mazandaran has changed hands among various dynasties from early in its history. There are several fortresses remaining from the Parthian Empire and Sasanian Empire, and many older cemeteries scattered throughout the province. During this era, Mazandaran was part of Hyrcania, which was one of the important provinces. In 662 CE, ten years after the death of Yazdegerd III the last Sasanian emperor, a large Muslim army under the command of Hassan ibn Ali invaded Tabarestan.

With the advent of the Sasanian Empire, the King of Mazandaran (Tabaristan and Padashkhwargar) was Gushnasp, whose ancestors had reigned in the area (under the Parthian empire) since the time of Alexander the Great. In 529–536, Mazandaran was ruled by the Sasanian prince Kawus, son of Kawadh. Anushirawan, the Sasanian king, defeated Zarmihr, who claimed his ancestry from the legendary blacksmith Kaveh. This dynasty ruled the area till 645 AD, when Gil Gilanshah (a descendant of the Sasanian king Jamasp and a son of Piruz) joined Mazandaran to Gilan.

In 651 the Sasanian Empire fell, and all of the Sasanian domains gradually came under Arab control, except for the Caspian region of Iran (amongst which Tabaristan).

Tabaristan maintained an existence independent of the Umayyad Caliphate which supplanted the Sasanian Empire in the early seventh century, with independent Zoroastrian houses like the Bavand and Karen fighting an effective guerilla warfare against Islam. A short-lived Alid Shiite state collapsed before the subsequent take-over by the Ziyarid princes. Mazandaran, unlike much of the rest of the Iranian Plateau maintained a Zoroastrian majority until the 12th century, thanks to its isolation and hardy population which fought against the Caliph's armies for centuries. During the post-Islamic period the local dynasties fell into three classes: local families of pre-Islamic origin; the ʿAlid sayyid; and local families of secondary importance.

The Bawandids, who claimed descent from Kawus, provided three dynasties. The first dynasty (665–1007) was overthrown on the conquest of Tabaristan by the Ziyarid Kabus b. Wushmgir. The second dynasty reigned from 1073 to 1210, when Mazandaran was conquered by 'Ala al-Din Muhammad Khwarzamshah. The third ruled from 1237 to 1349 as vassals of the Mongols. The last representative of the Bawandids was killed by Afrasiyab Chulawi. 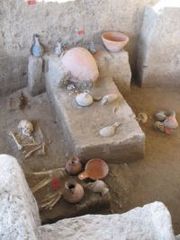 The Karinids claimed descent from Karin, brother of Zarmihr who was the pre-Islamic ruler under the Sasanians. Their last representative Mazyar was put to death in 839.

The Paduspanids claimed descent from the Dabuyid of northern. They came to the front about 660 and during the rule of the ʿAlids were their vassals. Later, they were vassals of the Buyids and Bawandids, who deposed them in 1190. The dynasty, restored in 1209-10, survived till the time of Timur; the branch descended from Kawus the son of Kayumarth reigned till 1567 and the other, that of Iskandar the son of Kayumarth, till 1574.

In the 9th-11th century AD, there were repetitively military raids undertaken by the Rus' between 864 and 1041 on the Caspian Sea shores of Iran, Azerbaijan, and Dagestan as part of the Caspian expeditions of the Rus'. Initially, the Rus' appeared in Serkland in the 9th century traveling as merchants along the Volga trade route, selling furs, honey, and slaves. The first small-scale raids took place in the late 9th and early 10th century. The Rus' undertook the first large-scale expedition in 913; having arrived on 500 ships, they pillaged the westernmost parts of Gorgan as well as Mazandaran and Gilan, taking slaves and goods.

In the Safavid era Mazandaran was settled by very large amounts of Georgians, Circassians, Armenians, and other Peoples of the Caucasus, whose descendants still live or linger across Mazandaran. Towns, villages and neighbourhoods in Mazandaran still bear the name "Gorji" (i.e., Georgian) in them, although most of the large amounts of Georgians, and Circassians are already assimilated into the mainstream Mazandaranis. The history of Georgian settlement is described by Iskandar Beg Munshi, the author of the 17th century Tarikh-e Alam-Ara-ye Abbasi, and both the Circassian and Georgian settlements by Pietro Della Valle, among other authors.

During the reign of Fath-Ali Shah Qajar, the verdant region of Mazandaran was paid due attention as a recreational area. Tapuria remained independent until 1596, when Shah Abbas I, Mazandarani on his mother's side, incorporated Mazandaran into his Safavid empire, forcing many Armenians, Circassians, Georgians, Kurds and Qajar Turks to settle in Mazandaran. Pietro della Valle, who visited a town near Firuzkuh in Mazandaran, noted that Mazandarani women never wore the veil and didn't hesitate to talk to foreigners. He also noted the extremely large amount of Circassians and Georgians in the region, and that he had never encountered people with as much civility as the Mazandaranis.

Today, Persia proper, Fars, Mazanderan on the Caspian Sea and many other lands of this empire are all full of Georgian and Circassian inhabitants. Most of them remain Christian to this day, but in a very crude manner, since they have neither priest nor minister to tend them.

After the Safavid period, the Qajars began to campaign south from Mazandaran with Agha Mohammad Khan who already incorporated Mazandaran into his empire in 1782. On 21 March 1782, Agha Mohammad Shah proclaimed Sari as his imperial capital. Mazandaran was the site of local wars in those years, which led to the transfer of the capital from Sari to Tehran by Fath Ali Shah. In Modern era at Mazandaran make new house and bridge in Amol and Sari. In along the beach and in the forest built Villa and modern settlements.

The top provincial official referred to the existence of three international airports and three major sea ports in the province and the visit of millions of Iranian and foreign tourists to Mazandaran, including the health tourists. Mazandaran first place, there tourists. Now in the mazandaran, set the recreational tourist, villa, mall store, residential complex, restaurants and hotel.

Mazandaran is located on the southern coast of the Caspian Sea. It is bordered clockwise by Golestan, Semnan and Tehran provinces. This province also borders Qazvin and Gilan to the west. Mazandaran province is geographically divided into two parts: the coastal plains, and the mountainous areas. The Alborz Mountain Range surrounds the coastal strip and plains of the Caspian Sea. From the geographical point of view, Mazandaran province is divided into two parts i.e. coastal plain and the mountainous area. The Alborz Mountain Range like a huge wall has surrounded the coastal strip and plains of the Caspian Sea. Due to permanent sea breeze and local winds of the southern and eastern coasts of the Caspian Sea, sandy hills are formed, causing the appearance of a low natural barrier between the sea and plain. There is often snowfall in the Alborz regions, which run parallel to the Caspian Sea's southern coast, dividing the province into many isolated valleys. The province enjoys a moderate, subtropical climate with an average temperature of 25 °C in summer and about 8 °C in winter. Although snow may fall heavily in the mountains in winter, it rarely falls at sea level.

Unlike the rest of Iran, Mazanderan is watered by numerous rivers, or mountain torrents, all running from the mountains to the sea . The German traveller Gmelin, who visited this country a. d. 1771, says that in the space of eight miles, on the road from Resht to Amot, 250 of such streams are to be seen, many of them being so exceedingly broad and deep, that the passage across is sometimes impracticable for weeks together.

Mazandaran province naturally comes under the influence of the geographical latitude, Alborz heights, elevation from sea level, distance from the sea, and the southern barren areas of Turkmenistan, local and regional air currents, and versatile vegetation cover. Therefore, prompting the climate of the province to be divided into three types : Moderate Caspian weather with hot, humid summers, and mild, humid winters. Moderate mountainous weather with long, cold, and freezing winters and mild and short summers, and cold mountainous weather with long freezing winters and short cool summers. There is often snowfall during most of the seasons in the latter region, which continues till mid summer.

All content from Kiddle encyclopedia articles (including the article images and facts) can be freely used under Attribution-ShareAlike license, unless stated otherwise. Cite this article:
Mazandaran Province Facts for Kids. Kiddle Encyclopedia.