Mende is a commune and prefecture of the department of Lozère, part of the Occitanie region. It is also the capital of the arrondissement of Mende.

The inhabitants of this city are known, in French, as Mendois (women: Mendoises).

Mende is located in the southern Massif Central, to the north of the Cévennes, near the Mont Lozère, the highest point of the Lozère department. The Lot river flows through the city and most of Mende is on the left side of the river.

The climate in Mende in the Köppen climate classification is Cfb - Oceanic climate with template summers.

Evolution of the population in Mende 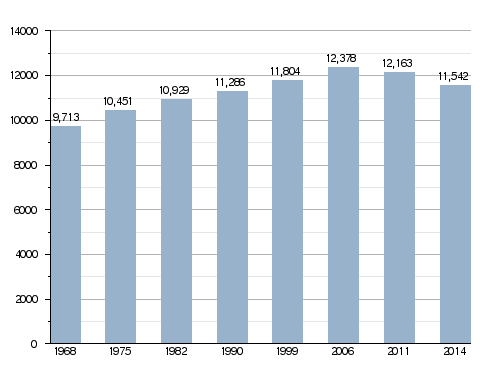 Mende is the prefecture of the Lozère department since 1790. It is also the capital of the Mende arrondissement and of two cantons:

Mende is twinned with:

All content from Kiddle encyclopedia articles (including the article images and facts) can be freely used under Attribution-ShareAlike license, unless stated otherwise. Cite this article:
Mende, Lozère Facts for Kids. Kiddle Encyclopedia.