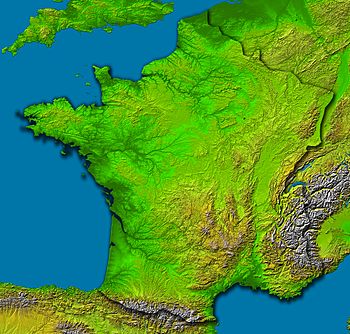 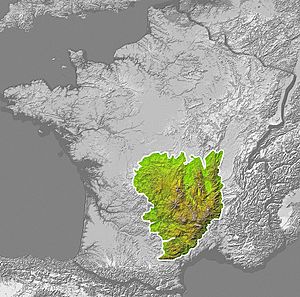 Exactly where the Massif is 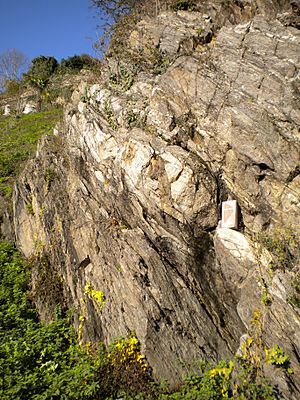 Neoproterozoic gneiss of the Arverne domain near Nontron, Dordogne. The light-coloured greywacke layer dips steeply to the NNE.

The Massif Central is a high region in south-central France. It has mountains and plateaux. it covers 15% of the country. The geological history of the massif is complicated. It is ancient, and many things have happened to it.

Many extinct volcanos can be found there. It has the largest concentration in the world with 450 volcanos. The Auvergne Volcanoes National Park is in the massif. The Massif is separated from the Alps by the valley of the Rhone.

Here are some well-known mountains in the massif central:

The Massif Central is a very important mountain range in France. It is the fourth highest, the Alps, the Pyrénées, and Corsica are higher; Jura, Vosges, Morvan and Ardennes are lower.

This railway bridge is the Garabit viaduct, built by Gustave Eiffel 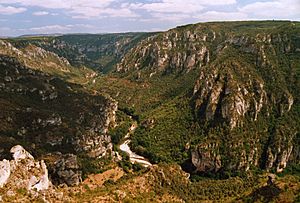 All content from Kiddle encyclopedia articles (including the article images and facts) can be freely used under Attribution-ShareAlike license, unless stated otherwise. Cite this article:
Massif Central Facts for Kids. Kiddle Encyclopedia.