Mermaid Waters is a suburb in the City of Gold Coast, Queensland, Australia. In the 2016 census, Mermaid Waters had a population of 12,045 people. 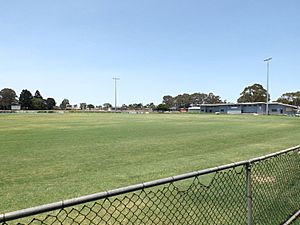 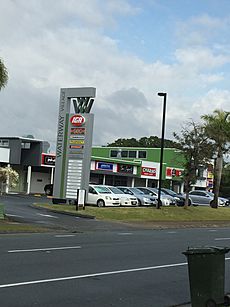 One of the two small sized shopping centre located in Mermaid Waters.

The nearest rail station is there a number of small local shopping centres in the suburb and is a medium-sized shopping centre in the western parts of the suburb called the Q Super Centre., with new retail and commercial developments being established in the adjacent area. Nearby Pacific Fair Shopping Centre in Broadbeach is the second largest shopping centre in the Gold Coast and currently undergoing $670 million development. Albert Waterways Community Hall is at the northern end of the suburb, adjacent to Broadbeach Branch Library. The City of Gold Coast has a branch in Mermaid Waters at this complex. The Miami State School Community Hall is located on the grounds of Miami State Primary School. Two schools are located in Mermaid Waters: Miami State Primary School and Merrimac State High School. Broadbeach Branch Library located next to Pacific Fair Shopping Centre and Albert Waterways Community Hall. Pizzey Park Sports Complex hosts a variety of sports and clubs in the southern Gold Coast. Adjacent to the complex is the Miami Olympic Swimming Pool.

All content from Kiddle encyclopedia articles (including the article images and facts) can be freely used under Attribution-ShareAlike license, unless stated otherwise. Cite this article:
Mermaid Waters, Queensland Facts for Kids. Kiddle Encyclopedia.