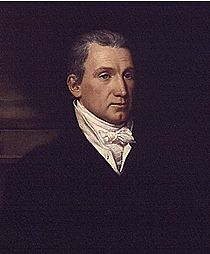 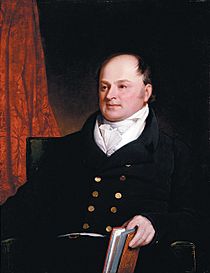 The Monroe Doctrine was a foreign policy proclaimed by the United States in 1823 during the presidency of President James Monroe. It said that European powers do not belong in The Americas. For example, it would have been against the Monroe Doctrine for Spain to try to take back its colonies in South America.

All content from Kiddle encyclopedia articles (including the article images and facts) can be freely used under Attribution-ShareAlike license, unless stated otherwise. Cite this article:
Monroe Doctrine Facts for Kids. Kiddle Encyclopedia.