Kids Encyclopedia Facts
This page is about the town in Queensland. For the mountain in Antarctica, see Mount Walker.

Mount Walker is a mountain and locality in the Scenic Rim Region of Queensland, Australia. The western boundary of Mount Walker is marked by the Bremer River. The central eastern parts of the locality rise to elevations above 400 m around Mount Walker. At the 2011 Australian Census Mount Walker and surrounds recorded a population of 392. 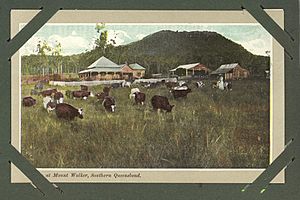 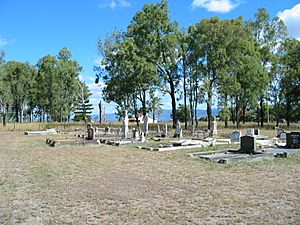 The mountain was originally called Mount Forbes by John Oxley in honour of Sir Francis Forbes, the Chief Justice of New South Wales. However, it was later acquired the name Mount Walker. The origins of the name Walker are believed to be a shepherd of that name from the Franklyn Vale pastoral station. The locality takes its name from the mountain. 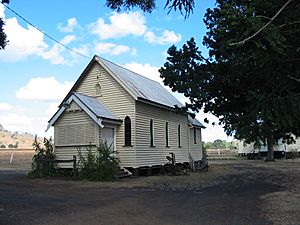 All content from Kiddle encyclopedia articles (including the article images and facts) can be freely used under Attribution-ShareAlike license, unless stated otherwise. Cite this article:
Mount Walker, Queensland Facts for Kids. Kiddle Encyclopedia.