Mount Forbes is a locality in south-east Queensland, Australia. It is split between the local government areas of City of Ipswich and Scenic Rim Region.

Mount Forbes was formerly the name of nearby Mount Walker, Queensland. Mount Forbes Post Office opened on 1 July 1927 (a receiving office had been open from 1897) and closed in 1953. 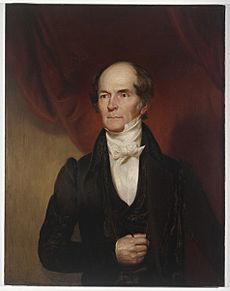 John Oxley chose the name Mount Forbes in 1824, after Sir Francis Forbes (1784-1841) the then Chief Justice of New South Wales.

All content from Kiddle encyclopedia articles (including the article images and facts) can be freely used under Attribution-ShareAlike license, unless stated otherwise. Cite this article:
Mount Forbes, Queensland Facts for Kids. Kiddle Encyclopedia.