City of Ipswich facts for kids

The City of Ipswich is a local government area in Queensland, Australia, located in the southwest of the Brisbane metropolitan area, including the urban area surrounding the city of Ipswich and surrounding rural areas.

The City of Ipswich is centrally located in the South East Queensland region of Australia. Ipswich governs the outer western portion of the Brisbane Metropolitan Area, Queensland, Australia. It covers an area of 1,090 square kilometres (420.9 sq mi) along the coast about 40 kilometres (25 mi) southwest of Brisbane CBD. To the east is the City of Brisbane local government area, and to the west are the rural and agricultural areas of the Brisbane, Lockyer and Fassifern Valleys. 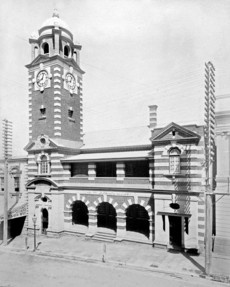 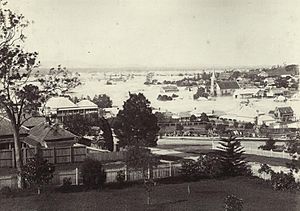 Ipswich is the second-oldest local government area in Queensland, after Brisbane. On 16 November 1859, after the enactment of the Municipalities Act of 1858 in New South Wales, a petition containing 91 signatures was received by the Governor of New South Wales seeking to have Ipswich, which at the time had 3,000 people, granted municipal town status. The petition was gazetted the following day, and no counter-petition was received.

On 29 November, the letters patent authorised by Queen Victoria which were to make Queensland a separate colony were published in New South Wales, and the petition was forwarded to the new Queensland governor, Sir George Ferguson Bowen. On 10 December 1859, the same day that the letters patent were published in Queensland, the petition was regazetted. On 3 March 1860 the Borough of Ipswich was proclaimed, and its first elections were held on 19 April 1860, where John Murphy became its first Mayor. The Municipality's corporate logo was designed by Reverend Lacey H. Rumsey, the rector of St Paul's Church in Ipswich in 1861.

Ipswich applied on 22 November 1904 to become a City, the status being conferred by the Government of Queensland on 1 December 1904 and its first mayor was Hugh Reilly. On its declaration, the City of Ipswich covered only the central area of Ipswich itself – even what are today considered inner suburbs were parts of different entities.

Beginning in 1994 Ipswich adopted an innovative, community-based, information technology project which aimed to make the city a technology hub at the forefront of the growing move towards the information superhighway. The most prominent feature of the initiative, which was called Global Info-Links, was the development of a new library with free public internet access and the development of a wide area network to which people could subscribe. 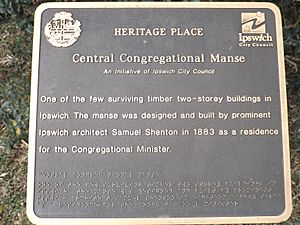 The Greater Ipswich Scheme of 1916

On 13 October 1916, a rationalisation of the local government areas in and around Ipswich was implemented. It involved the abolition of five shires:

The Shire of Moreton amalgamated with Ipswich on 11 March 1995.

In March 2000, Ipswich ceded some rural territory in Mount Walker, Mutdapilly, Rosevale and Warrill View to the neighbouring Shire of Boonah. Following the major reforms of local government in Queensland, on 15 March 2008, Ipswich lost the largely rural areas of Harrisville and Peak Crossing in its southeast to the new Scenic Rim Region.

On 31 October 2012, a groundbreaking ceremony for the Ecco Ripley housing development project was conducted by Ipswich mayor Paul Pisasale and Sekisui House.

The local government has 10 Councillors each representing one division (or ward). Each Councillor serves a four-year term. The Mayor is directly elected by the people every 4 years. The next election is scheduled for 2020. The mayor is Cr Paul Pisasale.

From 2016, the divisional Councillors are:

The City of Ipswich includes the following settlements:

All content from Kiddle encyclopedia articles (including the article images and facts) can be freely used under Attribution-ShareAlike license, unless stated otherwise. Cite this article:
City of Ipswich Facts for Kids. Kiddle Encyclopedia.