Kids Encyclopedia Facts
This page is about the suburb. For the metropolitan area, see Ipswich, Queensland. For the local government area, see City of Ipswich. For the county town in Suffolk, England, see Ipswich.

Ipswich is the innermost suburb of Ipswich, Queensland, Australia. The suburb situated on the Bremer River. At the 2011 Australian Census the suburb recorded a population of 2,356.

The Ipswich CBD is centred on Brisbane and Limestone Streets, and the Ipswich Mall, and includes major supermarkets and chain stores, specialties stores and the many government agencies. Most street parking is controlled by parking meters in business hours. 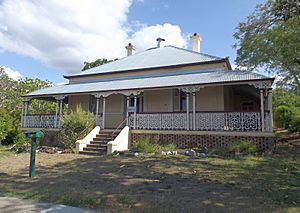 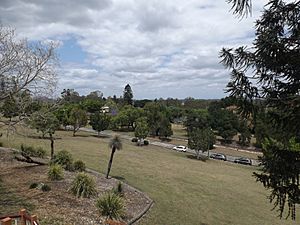 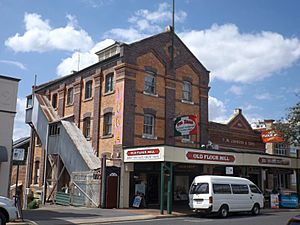 Ipswich has a number of heritage-listed sites, including: 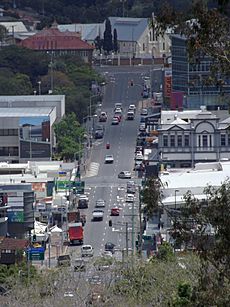 There are three forms of public train transport servicing the Ipswich region. 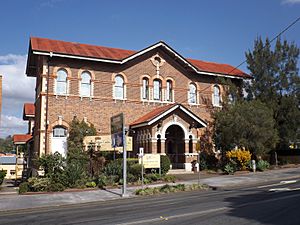 All content from Kiddle encyclopedia articles (including the article images and facts) can be freely used under Attribution-ShareAlike license, unless stated otherwise. Cite this article:
Ipswich (suburb), Queensland Facts for Kids. Kiddle Encyclopedia.