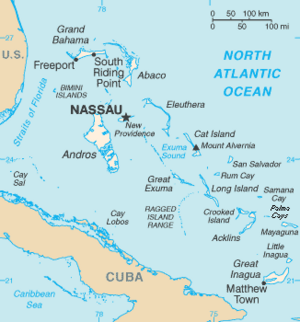 Nassau is the largest city and the capital of the Bahamas. Nassau is on New Providence Island. In 2008 about 260,000 people lived in Nassau. Nassau used to be named Charles Town.

All content from Kiddle encyclopedia articles (including the article images and facts) can be freely used under Attribution-ShareAlike license, unless stated otherwise. Cite this article:
Nassau, Bahamas Facts for Kids. Kiddle Encyclopedia.