The National Science and Media Museum (formerly The National Museum of Photography, Film & Television, 1983–2006 and then the National Media Museum, 2006–2017), located in Bradford, West Yorkshire, is part of the national Science Museum Group in the UK. The museum has seven floors of galleries with permanent exhibitions focusing on photography, television, animation, videogaming, the Internet and the scientific principles behind light and colour. It also hosts temporary exhibitions and maintains a collection of 3.5 million pieces in its research facility.

The venue has three cinemas, including Europe's first opened IMAX screen. It hosts festivals dedicated to widescreen film, video games and science, and has previously hosted popular film festivals, including the Bradford International Film Festival until 2014.

In September 2011 the museum was voted the best indoor attraction in Yorkshire by the public, and it is one of the most visited museums in the north of England. As of February 2016[update] the museum, in response to revenue shortfalls, has controversially adopted a policy of focusing on "the science and culture of light and sound"—to the exclusion of what are seen as "unsustainable" aspects of creativity and culture, such as past film festivals.

In March 2016 a £7.5 million five year investment plan in the museum was revealed by the Science Museum Group. In March 2017 its name was changed from National Media Museum to National Science and Media Museum.

Entrance is free, with the exception of cinema screens. The museum is open 10 am until 6 pm every day. The museum underwent a £16 million refurbishment in 1998, developing a new digital technology gallery. This new development created a new glass-fronted atrium, which houses a new café and shop.

There are seven permanent exhibitions: 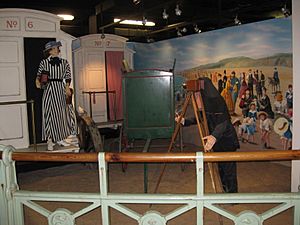 Tableau in the Kodak Gallery 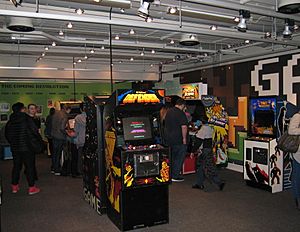 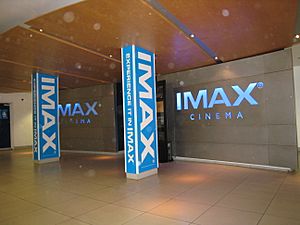 Entrance to the IMAX cinema

The museum incorporates the first permanent UK installation of an IMAX cinema (with a second screen opening in the UK 15 years later). Opened in 1983 as part of the Bradford Film Festival with the projector visible from a darkened booth of the 4th floor. Films included IMAX prints of Apollo 13, The Lion King, Harry Potter and the Goblet of Fire and Batman Begins. In 1999, IMAX upgraded the system and began releasing IMAX 3D presentations. In 2015 it was changed to digital projection instead of film. As a result, the IMAX projection booth is no longer visible. 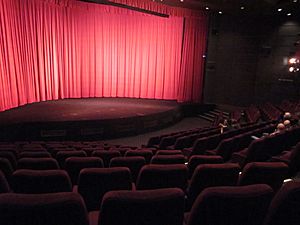 The museum also incorporates the Pictureville Cinema – opened in 1992 and described by David Puttnam as 'the best cinema in the world', Pictureville Cinema screens everything from 70 mm to video; from Hollywood to Bollywood; from silents to digital sound, with certifications in presentation including THX in sound and picture and the Dolby EX system. In 2008, the cinema presented the only true recorded public screening of Danny Boyle's 2002 film Alien Love Triangle.

Pictureville Cinema is one of only three public cinemas in the world permanently equipped to display original 3-strip 35mm Cinerama prints, and is the only public Cinerama venue in the UK. Cinerama films are screened at the annual Widescreen Weekend film festival.

The Cubby Broccoli Cinema (in memory of Cubby Broccoli, producer of James Bond films), contains 106 seats and is used for a variety of film shows. In 2012, it was one of three venues in the UK to screen the Olympic Opening Ceremony in Super Hi-Vision.

Insight is a facility where members of the public can (by prior booking) view parts of the collections which are not on general display. 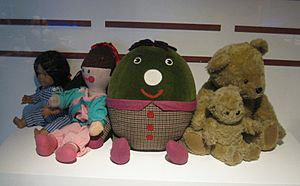 The collections are accessible to the public through the museum's Insight study centre.

The collection of the Royal Photographic Society was transferred to the Museum on behalf of the nation in 2003. As of 2017, most of the collection is moving to the Victoria and Albert museum in London. The National Science and Media Museum "will retain collections that help explore the development of photographic processes, such as the Kodak collection; the cultural impact of photography, such as the Daily Herald archive; and archives that have a direct relevance to Bradford."

The museum (throughout its name changes and to the present) occupies a site originally proposed for a theatre in central Bradford, for which work had been begun in the 1960s but which remained unfinished. Discussions and a decision between Dame Margaret Weston of the Science Museum, London, and Bradford's city councillors led to the establishment of the National Museum of Photography, Film and Television, as it was then called, which was opened on 16 June 1983. The museum launched Britain's largest cinema screen on the same day: the IMAX screen was five storeys high with six-channel sound. During this period the museum specialised in the art and science of images and image-making. Colin Ford, its first director, believed that understanding how images are made led to better appreciation of the ideas expressed, the intentions and skills of the image-makers.

In 1986, to mark the 50th anniversary of the first public television service, two interactive television galleries were developed. These allowed visitors to directly operate cameras on a studio set with programmed sound and lighting, use vision mixers, read news items from an autocue and discover how chroma keying works. In 1989, to celebrate the 150th anniversary of photography, the museum launched the Kodak Gallery, a display of the history of photography from its invention to the present. This was followed by the installation of a standard television studio, first used by TV-am for outside broadcasts and, later, Nickelodeon. These studios were the first live broadcasting studios in a museum.

While continuing to run the Pictureville Cinema and exhibitions in a temporary venue on the other side of the city, the museum closed its main site on 31 August 1997 to allow for a 19-month, £16 million redevelopment, making the museum 25% bigger. The IMAX cinema was also developed to show 3D films. The new museum was opened on 16 June 1999 by Pierce Brosnan. 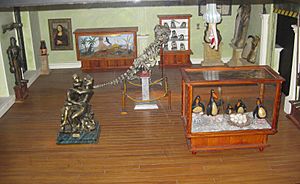 On 1 December 2006, the museum was renamed the National Media Museum, and two new £3 million interactive galleries were opened: Experience TV, now replaced by Wonderlab, and TV Heaven, now the BFI Mediatheque. The interactive galleries were intended to represent the past, present and future of television and displayed scientific exhibits, such as television inventor John Logie Baird's original apparatus, and television ephemera such as one of the only surviving Wallace and Gromit film sets and Play School toys. TV Heaven made accessible the museum's collection of television programmes, most of which are not available elsewhere.

In 2009 the museum partnered with other bodies from the Bradford district in a successful bid to become the world's first UNESCO (United Nations Educational, Scientific and Cultural Organisation) City of Film.

In February 2010, the museum unveiled a major revamp of the foyer. The remodeling included a brand new Games Lounge, a new gallery that drew on the National Videogame Archive established in 2008 in partnership with Nottingham Trent University. It was originally intended to be temporary, but one in five visitors to the Games Lounge named it as their favourite part of the museum, resulting in the creation of a permanent version in another part of the museum.

In March 2012 the museum opened Life Online, the world's first gallery dedicated to exploring the social, technological and cultural impact of the Internet. The permanent gallery was initially accompanied by a temporary exhibition, "[open source]: Is the internet you know under threat?" The exhibition was an exploration of the open source nature of the Internet, and the current threats to both net neutrality and the general continuation of the open source culture.

In October 2014 the museum entered into a partnership with Picturehouse Cinemas, with the national chain taking over the running of the three cinema screens in a bid to boost audience figures and revenue. The partnership was designated "Picturehouse at the National Media Museum". Despite sustained growth in ticket sales, the museum cancelled its participation in the 2015 Bradford International Film Festival and followed up by totally withdrawing from the festival the following year. This move, together with the 2016 transfer of a major photographic collection to London's Victoria and Albert Museum was very controversial.

In August 2016, the museum confirmed plans to permanently close their Experience TV gallery, after ten years, on 30 August 2016. A new gallery would open in the spring of 2017, called Wonderlab, which allows visitors to explore the sciences of light and sound in 20 state-of-the-art interactive exhibits. The museum described the exhibit: "At its heart will be intriguing scientific principles that can be directly experienced, leading visitors to observe, question, experiment and see the world they live in a little bit differently." The television collection previously on display in Experience TV were made available for viewing through the Insight Centre at the museum.

In March 2017, the museum opened its £1.8 million interactive gallery Wonderlab. It also announced the second change of its name, to the National Science and Media Museum. Wonderlab is based on the principles of light and sound; attractions include a mirror maze, a 15-metre echo tube and a musical laser tunnel, as well as the world's first permanent 3D-printed zoetrope.

In August 2017, it was announced that Soyuz TMA-19M – the space capsule that brought British astronaut Tim Peake back to Earth after his months-long stint on the International Space Station – would be displayed at the museum in September 2017. This was the first time the capsule had been displayed outside London.

In September 2019 the museum announced the end of its partnership with Picturehouse Cinemas and its return to an independent cinema operation. The operation was officially launched on 1 November 2019 under the name Pictureville.

This event began as part of Bradford International Film Festival and has been expanded into a 4-day standalone film festival. It takes place every October and focuses on large-screen formats and cinema technologies. It includes 70mm and Cinerama screenings.

This video game festival began in 2016. It celebrates games culture, design and production, and includes a conference programme as well as a weekend of events for families. It took place in November 2016 and 2017, before moving to a February slot for 2019. Guests at the first Yorkshire Games Festival included John Romero, Rhianna Pratchett, Charles Cecil, Warren Spector (via live video link), Brenda Romero, and presenters of The Yogscast.

This family science festival was first held in 2012, but was cancelled in 2016 after the previous organisers no longer had the capacity to carry it on. The museum took over the festival in 2017, in partnership with organisations including the University of Bradford, Bradford Council and Bradford College.

The museum organised and held four major film events every year: Bradford International Film Festival, Bradford Animation Festival, Bite the Mango and Fantastic Films Weekend. These attracted international speakers and new and classic works from around the world. All four festivals were eventually cancelled by the museum.

From its inception in 1995, Bradford International Film Festival (BIFF) presented new and classic films from around the world. The Festival presented films in their original formats wherever possible, and existed to develop understanding of the art and science of the moving image by hosting innovators in many fields of filmmaking.

BIFF included the Shine Awards – which highlighting the work of new European directors, a Filmmakers Weekend designed to offer guidance and support to filmmakers in the north of England, and the Widescreen Weekend, which discussed film formats including Cinerama, VistaVision, 70 mm and IMAX.

The animation and video games festival was the UK's leading event of its kind; host to discussions, workshops and special events. The annual BAF Awards honoured new animation from around the world.

After the museum ended the festival following its 20th edition in 2014, former museum staff successfully revived the event in Manchester in November 2015 as Manchester Animation Festival.

This festival began in 2002 as a weekend event focusing on classic ghost stories and the supernatural. It developed into an annual celebration of horror, fantasy and sci-fi cinema and television. In February 2013 it was announced that the Fantastic Films Weekend would not continue.

All content from Kiddle encyclopedia articles (including the article images and facts) can be freely used under Attribution-ShareAlike license, unless stated otherwise. Cite this article:
National Science and Media Museum Facts for Kids. Kiddle Encyclopedia.