The Quinault Indian Nation (/kwᵻˈnɒlt/ or /kwᵻˈnɔːlt/; QIN), formerly known as the Quinault Tribe of the Quinault Reservation, is a federally recognized tribe of Quinault, Queets, Quileute, Hoh, Chehalis, Chinook, and Cowlitz peoples. They are a Southwestern Coast Salish people of indigenous peoples of the Pacific Northwest Coast. Their tribe is located in Washington state on the Pacific coast of the Olympic Peninsula. These peoples are also represented in other tribes in Washington and Oregon.

In July 2016, about 2500 landowners with interests in the Quinault Reservation were offered about $59 million by the Department of Interior as part of its Native Lands Buy-Back Program as part of the settlement of the Cobell v. Salazar class-action suit. The land purchased will be put into trust for the tribe at this reservation. Among other tribes, a range of 41 to 45% of people have accepted such offers. The agency has restored about 1.5 million acres to tribes under this program. 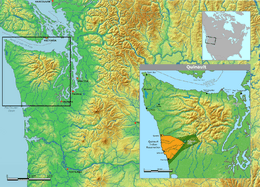 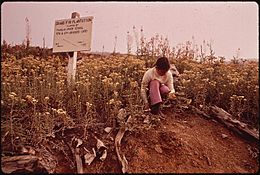 The Quinault Reservation was founded in 1855 with the signing of the Treaty of Olympia (Also known as the Quinault River Treaty) with the United States. The reservation is 208,150-acres large and includes 23 miles of Pacific coastline, located on the southwestern corner of the Olympic Peninsula. It is bordered by the Olympic National Park to the northwest, which was established in 1909 as a National Monument by President Teddy Roosevelt.

The reservation is in Grays Harbor and Jefferson counties, 45 miles north of Hoquiam, Washington. The three largest rivers on the reservation are the Quinault, the Queets, and the Raft.

The Quinault Indian Nation owns Quinault Pride Seafood, Land, and Timber Enterprises, and the Mercantile in Taholah, Washington. They run their own internal facilities and in the 21st century are the largest employer in Grays Harbor County.

They also own and operate the Quinault Beach Resort and Casino, a new enterprise started in the late 20th century; Emily's Ocean Front Restaurant, Sidewalk Bistro and Deli, coffee bar, and Fireplace Nook; and Qmart 1 in Oyehut, near Ocean Shores, Washington. They also own Qmart 2 in Aberdeen, Washington.

Since 2009, the casino has been the site of the annual Hog Wild Rally, one of the largest motorcycle rallies in the Pacific Northwest. The gaming casino has generated revenues that the tribe has used to improve its members' lives.

All content from Kiddle encyclopedia articles (including the article images and facts) can be freely used under Attribution-ShareAlike license, unless stated otherwise. Cite this article:
Quinault Indian Nation Facts for Kids. Kiddle Encyclopedia.