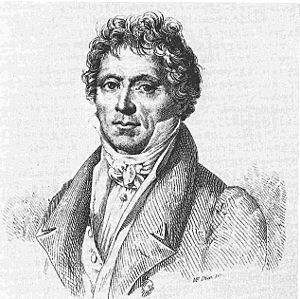 Anton Reicha (born 26 February 1770; died 28 May 1836) was a Czech-born composer who became naturalized French. He was a lifelong friend of Beethoven. Reicha is now best remembered for the large number of quintets that he wrote for wind instruments, and for his work as a music teacher. Franz Liszt and Hector Berlioz were both pupils of Reicha. Reicha wrote several books about music theory and composition.

All content from Kiddle encyclopedia articles (including the article images and facts) can be freely used under Attribution-ShareAlike license, unless stated otherwise. Cite this article:
Anton Reicha Facts for Kids. Kiddle Encyclopedia.