Rogers is a city in Benton County, Arkansas, United States. As of the 2010 census, the city has a population of 55,964 making the state's-eighth largest city. Rogers is located in the northwest portion of the state in the Fayetteville-Springdale-Rogers Metropolitan Area, which is one of the fastest growing areas in the nation and is ranked 109th in terms of population in the United States with 465,776 in 2010 according to the United States Census Bureau. 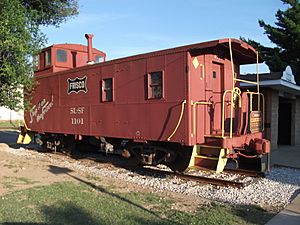 Rogers was named after Captain Charles Warrington Rogers, who was vice-president and general manager of the St. Louis and San Francisco Railway, also known as the Frisco. The town was established in 1881, the year the Frisco line arrived; it was at this time the area residents honored Captain Rogers by naming it for him. The community was incorporated on June 6, 1881.

Rogers was the location of the first Wal-Mart store, whose corporate headquarters is located in neighboring Bentonville, Arkansas. Daisy Outdoor Products, known for its air rifles, has both its headquarters and its Air Rifle Museum in Rogers. In June 2007, BusinessWeek magazine ranked Rogers as 18th in its list of the 25 best affordable suburbs in the American South. And in 2010, CNN Money ranked Rogers # 10 on their list of 100 Best Places to Live.

The first retail business owned by the Stroud family was a store in Pea Ridge, Arkansas, which was co-owned by Allen Bryant Stroud (1831–1914) and his son Harlan Lafayette (H.L.) Stroud (1858–1950). That business was established prior to 1879 and Allen Stroud also served as postmaster at Pea Ridge for a time. In 1884, H.L. Stroud sold his interest in the Stroud store in Pea Ridge and purchased a dry goods store at the corner of First and Walnut Streets in Rogers which he named Stroud's Mercantile.

In 1887 he brought in his brother Evan Giesen (1868–1952) to serve as manager of his new business. In 1891 H.L. Stroud moved his business into a storefront on the north side of the 100 block of Walnut Street. Stroud's continued to prosper, and in 1899 H.L. built the brick building at 114–116 West Walnut Street. Stroud's continued to be the leading retail business in Rogers up into the 1960s, when in 1962 Sam Walton opened the first location of what would become the retail giant Walmart just seven blocks away. Walton's new store combined with the nationwide movement of retail centers from aged downtowns to malls and shopping centers slowly eroded Stroud's customer base, leading the locally beloved retailer to permanently close in 1993 after 109 years in business. In 1912 the city council formed a commission of local businessmen to facilitate the paving of downtown Rogers. Despite the constant complaints of dusty and muddy streets, and the enthusiastic support of prominent citizens such as Coin Harvey, bickering over the cost and method of paving delayed the start of the project until July, 1924. The downtown area was paved with concrete and overlaid with bricks in rows, changing to a basket weave pattern at the intersections of streets. The work was completed in December, 1924, and the brick pavement remains today, with renovations done to the streets in 2010.

The climate in this area is characterized by warm, humid summers and generally mild to cool winters. According to the Köppen Climate Classification system, Rogers has a humid subtropical climate, abbreviated "Cfa" on climate maps. 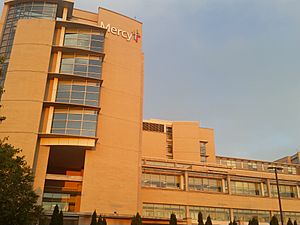 There were 14,005 households out of which 39.4% had children under the age of 18 living with them, 58.4% were married couples living together, 10.1% had a female householder with no husband present, and 27.1% were non-families. 22.2% of all households were made up of individuals and 8.9% had someone living alone who was 65 years of age or older. The average household size was 2.74 and the average family size was 3.21. 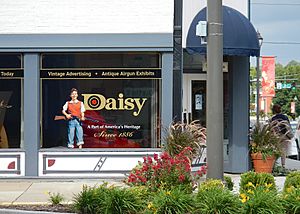 In addition to the Rogers Commercial Historic District, Rogers has numerous properties listed on the National Register of Historic Places with the oldest being the Pea Ridge National Military Park. 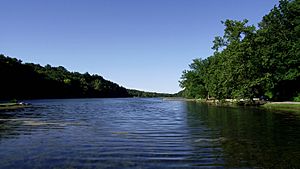 Rogers has five large sports parks, 14 neighborhood parks along with a swimming pool, a skateboard and splash park, 26 athletic fields, an activity center, a YMC, and two lakes, along with five golf courses and a trail system totaling over 23 miles (37 km). The NWA Razorback Regional Greenway is a 36-mile (58 km) primarily off-road shared-use trail that connects the region's trail systems to various community attractions. There is also the Rogers Family Aquatic Center.

All content from Kiddle encyclopedia articles (including the article images and facts) can be freely used under Attribution-ShareAlike license, unless stated otherwise. Cite this article:
Rogers, Arkansas Facts for Kids. Kiddle Encyclopedia.