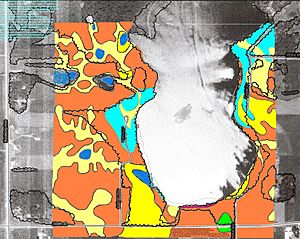 Scott County is a county in the U.S. state of Minnesota. As of the 2010 census, the population was 129,928. Its county seat is Shakopee. The county was organized in 1853 and named in honor of General Winfield Scott.

Scott County is part of the Minneapolis-St. Paul-Bloomington, MN-WI Metropolitan Statistical Area. It is a member of the Metropolitan Council, and shares many of the council's concerns about responsible growth management, advocating for progressive development concepts such as clustering, open-space design, and the preservation of open space and rural/agricultural land.

The Shakopee-Mdewakanton Indian Reservation is entirely within the county and within the cities of Prior Lake and Shakopee. Due to its proximity to major cities, the tribe has earned revenues at its gaming casinos and hotel; it has used funds to reinvest in economic development for the tribe, founding numerous other enterprises. The tribe also loans or grants money to other Native American tribes, charities, and non-profits devoted to improving the lives of Native Americans.

Scott County was one of the fastest-growing counties in Minnesota, having increased 55% since 1990. However, according to US Census data released in 2011, Scott County saw the steepest drop in median income of all of Minnesota's populous counties. Scott County is 365 square miles (950 km2) and is bounded on the west and north by the Minnesota River.

Scott County was first inhabited by two bands of the Santee Sioux (Dakota) Indians, the Mdewakanton and Wahpeton. Their semi-nomadic life followed a seasonal cycle. They gathered food, hunted, fished, and planted corn. In the summer the Dakota villages were occupied but in the winter the groups separated for hunting. They had many permanent villages along the Minnesota River. They had many trails leading to these settlements and to the Red River Valley in the North, and the Prairie du Chien to the Southeast. These trails were later used by the fur traders and settlers, and were known as the "ox cart trails." The area of Scott County, as well as much of southern Minnesota, was opened for settlement by two treaties signed at Mendota and Traverse des Sioux, in 1851 and 1853. These treaties removed the Dakota Indians to reservations in upper Minnesota.

Scott County was established and organized by an Act passed in the legislature on March 5, 1853. The 369-square-mile (960 km2) county was named after General Winfield Scott. Settlers started entering the area in the mid-1850s. The Minnesota River and the ox cart trails were the primary transportation routes. The first settlers were Yankees, followed by groups of Germans, Irish, Czechs, and Scandinavians. They each brought their own traditions and religions. Most of these settlers became farmers. Fur trading, lumbering, and farming were Minnesota's major industries all throughout the 19th century. With the fast-growing farms, sprang up towns. Shakopee, the County Seat, began in 1851 as a trading post by the Dakota Village of Chief Shakopee (or Shakpay). Other towns were established alongside transportation routes. When the railroads came to Minnesota they became the primary mode of transportation, and eventually highways were developed along the ox cart trails between the communities.

Due to urban sprawl and suburbanization this rural county is changing dramatically. Cities are continually growing, causing an increase in population from roughly 90,000 in 2000 to 130,000 today, making Scott County Minnesota's fastest-growing county.

The Minnesota River is the county's boundary in both the north and the west. The broad river valley juts through glacial sediment into some of the oldest rock known. Now mostly farmland, it was an oak savanna and a mixture of grass and clusters of trees that grew parallel to the river valley. The savanna bordered the "Big Woods", a "closed-forest savanna" that covered most of Minnesota before it was logged in the mid-19th century. Scott is one of 17 Minnesota savanna counties with more savanna soils than either forest or prairie soils. One example of native vegetation in Scott County: 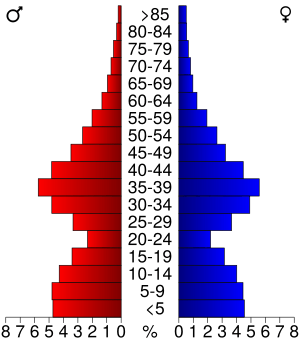 All content from Kiddle encyclopedia articles (including the article images and facts) can be freely used under Attribution-ShareAlike license, unless stated otherwise. Cite this article:
Scott County, Minnesota Facts for Kids. Kiddle Encyclopedia.