Kids Encyclopedia Facts
This page is about the Minnesota county. For the city with the same name, see Rice, Minnesota.

Rice County is a county located in the south central portion of the U.S. state of Minnesota. As of the 2020 census, the population was 67,097. Its county seat is Faribault.

According to the U.S. Census Bureau, the county has an area of 516 square miles (1,340 km2), of which 496 square miles (1,280 km2) is land and 20 square miles (52 km2) (3.9%) is water. The Cannon River flows northeastwardly through the county, collecting the Straight River in Faribault. The North Fork of the Zumbro River has its headwaters in the county's southeastern part. Rice is one of 17 Minnesota savanna counties with more savanna soils than either prairie or forest soils. 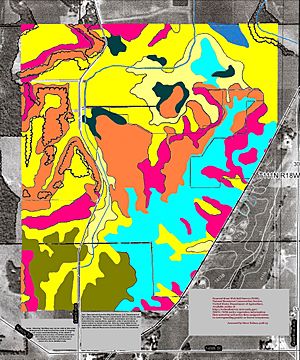 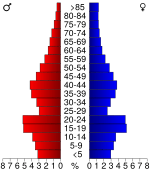 All content from Kiddle encyclopedia articles (including the article images and facts) can be freely used under Attribution-ShareAlike license, unless stated otherwise. Cite this article:
Rice County, Minnesota Facts for Kids. Kiddle Encyclopedia.